New Peugeot 308 vs Ford Focus vs Volkswagen Golf: which should you buy?

All three of these family hatchbacks are well-accomplished cars, but which one is the best fit for you?

SUVs and crossovers may be more in vogue with drivers who after a new family car, though that doesn’t mean the traditional family hatchback isn’t worth considering. They still offer a great overall package for drivers after something versatile, well-equipped and practical, and three notable options to choose from currently are the Ford Focus, Volkswagen Golf and Peugeot 308.

Of the trio of cars here, the Ford Focus is the oldest model, though it can still show its newer rivals a thing or two when it comes to interior space for passengers. Plus, as with its predecessors, it sets the standard in this class for handling dynamics, so it makes a strong case for itself if you’re after a family car that’s also fun to drive. For 2022, it’s also been given a mid-life update to freshen itself up against its newer rivals. 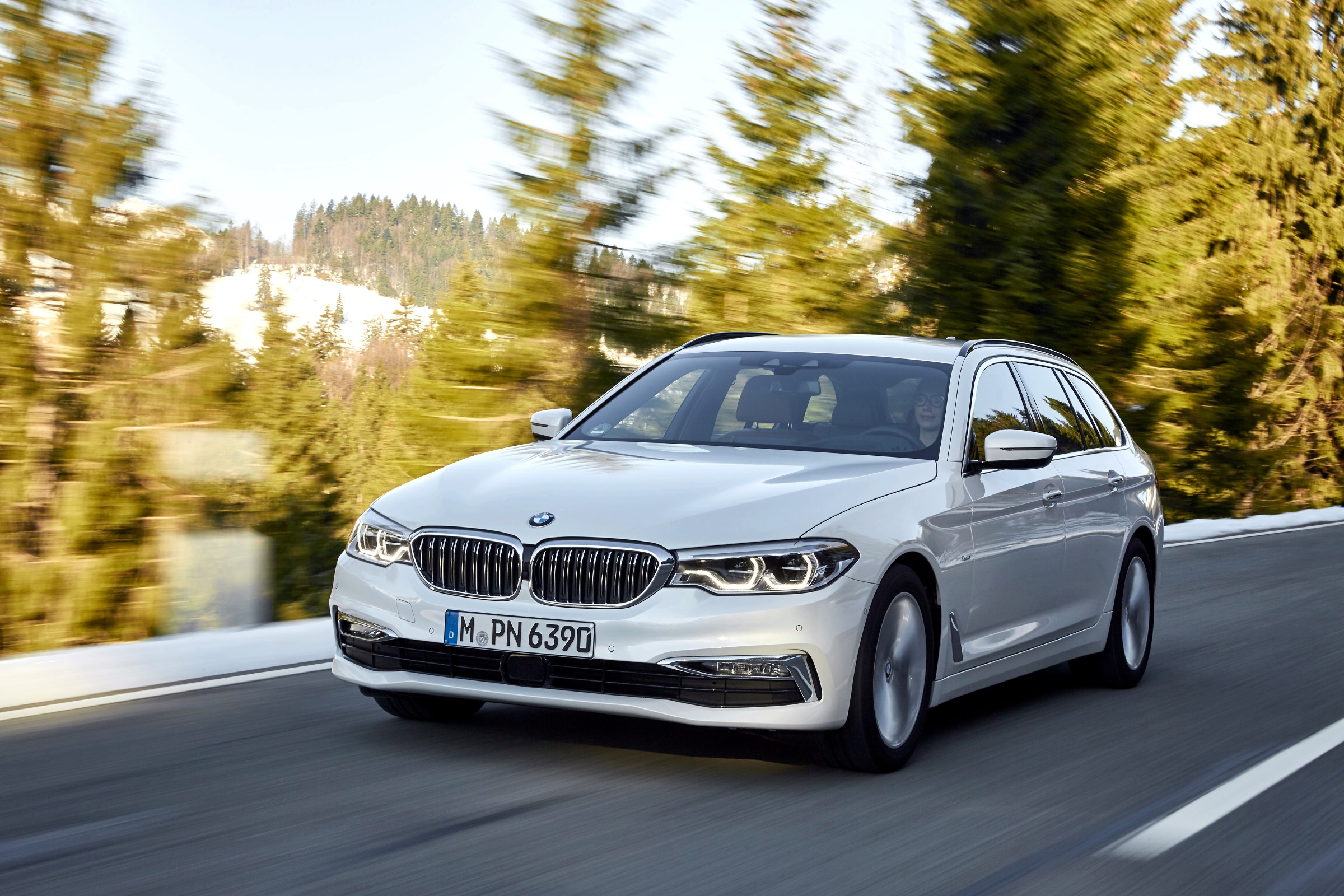 One such alternative is the VW Golf, which picks up where its predecessor left off as being a classy and versatile hatchback that covers a lot of bases very well. The upmarket image in particular gives the Golf an edge for image-conscious buyers, though that does come with the caveat it’s also one of the pricier cars here – we’ll let you decide if the outlay is worth it.

Lastly, there’s the newest kid on the block, the latest version of the Peugeot 308. In contrast to the Ford and Volkswagen, which build on the foundations laid down by their respective forebears, the Peugeot 308 sees the French firm’s family hatchback model move further upmarket – meaning it’s plusher inside and a bit pricier like-for-like than the car it replaces. That said, it does bring to the table the biggest boot here and, on paper at least, promises to be the most economical as well.

So, which one of these three family cars will be most suitable for you? Carry on reading for our full breakdown of the strengths and weaknesses of the Ford Focus, Volkswagen Golf and Peugeot 308.

All three cars here do a good job at blending composure with comfort, though if you’re after a family car that’s fun to drive down a twisty road, the Ford Focus will be right up your alley. With its direct steering and good body control when going around corners, the Ford Focus is one of the most engaging family hatchbacks to drive, and helps inject a bit of liveliness into the commute to and from work.

That’s not to say the Volkswagen Golf and Peugeot 308 are dull to drive, as they both feel responsive enough for everyday driving, if not as lithe as the Ford. Where the VW and Peugeot close the gap to the Ford is in ride comfort, as every one of this trio offers good levels of composure and serenity on a variety of road types. 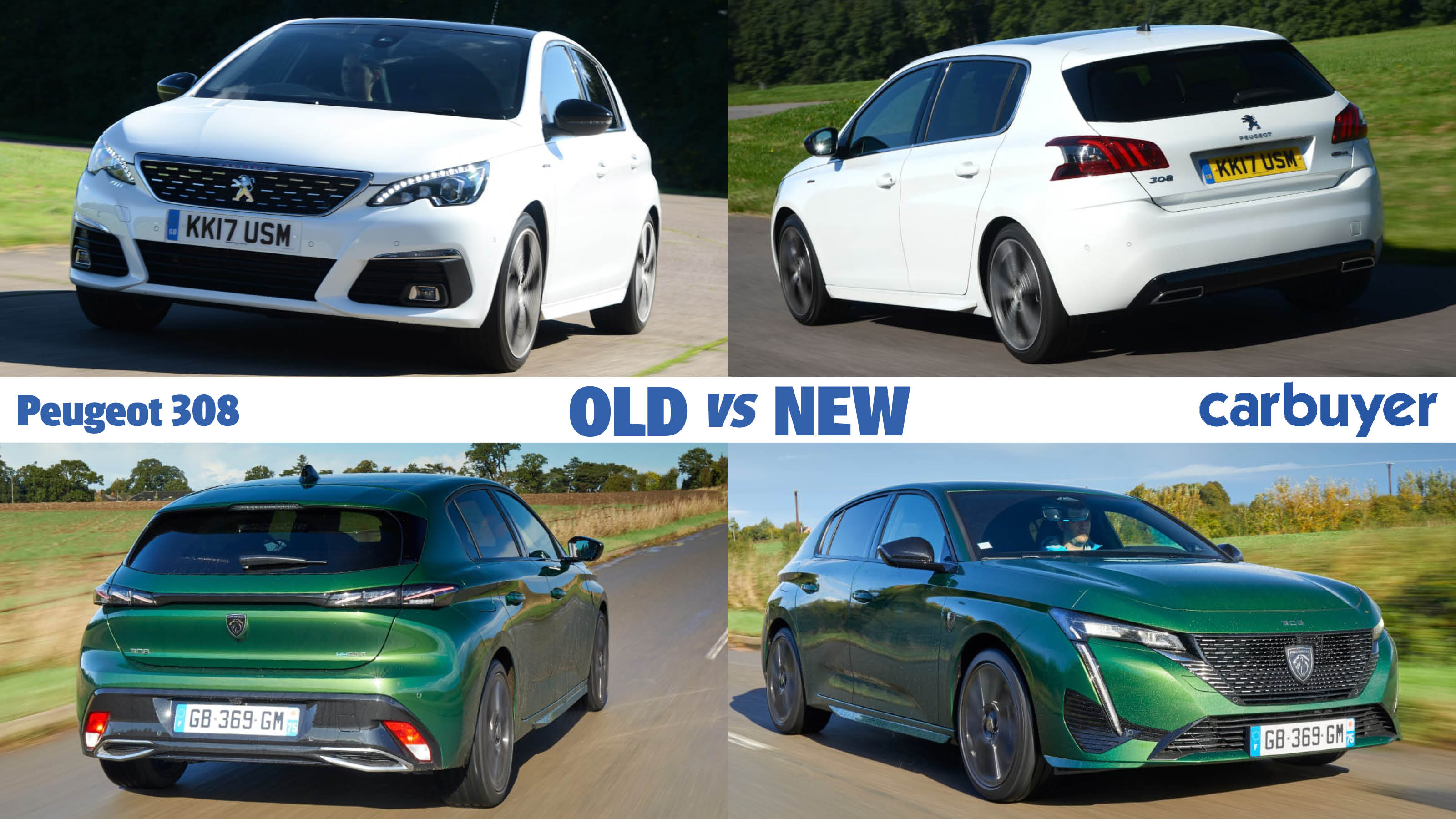 Performance varies, depending on the engine under their respective bonnets, though for the most part all three cars have more than enough oomph to suit most buyers’ needs. The 108bhp 1.0-litre petrol engine in the VW Golf admittedly feels a little underpowered in a car of this size, though the 113bhp and 148bhp 2.0-litre diesels and 128bhp and 148bhp 1.5-litre petrols are a bit more rounded and are also very smooth and refined. Couple them to an eight-speed automatic gearbox, and they’re very relaxing to drive.

For the Ford Focus, the engine options consist of either a 118bhp 1.5-litre diesel and 123bhp and 153bhp versions of a 1.0-litre petrol engine. They’re pretty peppy and are nicely settled at a cruise, though they can be a bit vocal when you work them hard. The same can be said for the Peugeot 308’s 1.2-litre petrol engines – though, as we’ve yet to try the diesel Peugeot, we don’t yet know how this model compares with the like-for-like Ford Focus and VW Golf.

On paper, the plug-in hybrid versions of the Peugeot 308 and VW Golf lead the way here when it comes to fuel economy. Volkswagen claims the petrol-electric Golf can return up to 256.8mpg, and Peugeot claims the plug-in 308 is more frugal still at up to 281.7mpg. However, you need to ensure you can drive as often as you can on electric power alone to get close to those economy figures in the real world – use just the engines to power your hybrid Peugeot 308 or VW Golf, and your fuel economy will more closely mirror those of a conventionally-powered car.

In comparison, it’ll be much easier to match the fuel economy figures quoted for the diesel models of these cars – especially if you do lots of long motorway drives. Peugeot claims the 1.5 diesel version of the 308 is capable of up to 65.4mpg, and while not as economical the 2.0-litre diesel engine in the VW Golf can return up to 62.8mpg. By process of elimination, the 1.5litre diesel Ford Focus finishes last here, though it isn’t far off the like-for-like Golf’s economy at 61.4mpg.

When it comes to the petrol engine pecking order, it’s the Ford Focus that finishes on top – in its mild-hybrid guise, the Ford can return up to 54.3mpg. In contrast, Peugeot quotes a 52.1mpg figure for its petrol-powered 308, and Volkswagen claims up to 51.4mpg for its mild-hybrid Golf hatchback. The difference in the amount you pay at the pumps will likely be minimal.

Ford historically hasn’t been the standard bearer for interior build quality, though the recently updated Ford Focus nevertheless impresses with its cabin’s fit-and-finish. While the VW Golf still has the edge when it comes to overall plushness, the Ford isn’t far off and the updated digital displays help inject a bit of pizzazz into what is the oldest dashboard design of this trio.

Being much newer cars, the current iterations of the Volkswagen Golf and Peugeot 308 have adopted a more contemporary and minimalist layout, with (as is the case with many new cars nowadays) many of the controls being operated through a big touchscreen display on the dashboard. The Peugeot 308 and VW Golf do still retain physical controls for elements like the air conditioning, though unlike the Ford Focus (which still uses conventional buttons and dials) they resort to touch panels that aren’t as intuitive on the move to use as more straightforward switchgear.

All three cars are at least on par with each other when it comes to smartphone compatibility. Out of the box, every version of the VW Golf, Peugeot 308 and Ford Focus gets Apple CarPlay and Android Auto connectivity features, which allows you to mirror some of your car’s features and functionalities onto the touchscreen. For instance, rather than using a built-in sat-nav system, you can instead drive to your destination using your preferred navigation app on your phone.

While the Peugeot 308 actually has a smaller boot than the car it replaces, it doesn’t stop the Peugeot from having the largest load area here. At 412 litres in size, it’s a healthy increase over the VW Golf’s 381 litres and Ford Focus’ 375 litres of luggage volume. Do bear in mind that the boot capacity shrinks to 361 litres and 275 litres on the plug-in hybrid versions of the Peugeot 308 and Volkswagen Golf respectively – this is due to the way their battery packs are positioned underneath the boot floor.

The Peugeot’s advantage in the boot space stakes isn’t mirrored in the cabin, either. While it’s far from being a cramped and restrictive car, the Peugeot 308 doesn’t have as much room inside for passengers as the VW Golf or the roomier-still Ford Focus. As a result, while all three cars are spacious enough for families with small children, the Peugeot 308 isn’t as flexible when it comes to ferrying adults about on longer journeys.

Peugeot is billing the latest 308 as being a more upmarket car than the one it replaces, which has corresponded with a noticeable climb in price. As a result, while it’s not quite the priciest car here, it’s not far off: the Peugeot 308 range starts at around £23,000, whereas the Volkswagen Golf kicks off at a few hundred pounds more and the Ford Focus comes in just below the Peugeot.

Equipment levels across the board are pretty good: all three cars come as standard with 16-inch alloy wheels, parking sensors, air-conditioning, LED headlights and touchscreen infotainment with built-in Apple CarPlay and Android Auto support. The Ford may be the car for you if you’re after a shrewd purchase, as it comes with a bit more equipment as standard – for instance, while cruise control and automatic headlights are available across the Ford Focus range, they aren’t available on the entry-level Peugeot 308.

Because the current generation of Peugeot 308 has only just gone on sale at the time of writing, it’s difficult to say just how well it will hold onto its value. In a head-to-head between the VW and Ford, though, it’s the Golf that historically has had the stronger residual values, so while you may need to pay a bit more to have one in your ideal spec, you may end up getting more of your money back come resale time than you would with a like-for-like Ford Focus.

All three cars are very nicely accomplished all-rounders, so the choice over which one to go for will ultimately come down to budget and personal preference. The Ford Focus makes a strong case for itself as a fun-to-drive and practical family car, and it has the slight edge as a value for money proposition, though the Peugeot 308 and VW Golf do feel a bit more upmarket inside and are nicely composed on twisty roads and on long journeys.

The Peugeot and VW also may make a bit more sense in their plug-in hybrid guises if you’re looking for a new company car. Because they have much lower quoted tailpipe emissions than the Ford Focus (which doesn’t have any plug-in engine options to speak of), it means they sit in a lower Benefit-in-Kind (BiK) tax band and therefore promise to be more affordable for you to run.