Ford Fiesta ST vs Hyundai i20 N vs MINI Cooper S: which should you buy?

Which of these three small hot hatchbacks is best for fun, practicality and driving every day?

If you want a fast and fun car, the first thing you think of might be a sports car with a convertible roof or a powerful full-size hot hatchback. However, we reckon that smaller models like the Ford Fiesta ST, Hyundai i20 N and MINI Cooper S are among the most enjoyable cars to drive that you can buy.

The Ford Fiesta ST is a long-running model that’s been a really popular choice for ages, and once you drive one it’s easy to see why. The Fiesta is already a lot of fun even with a basic 1.0-litre engine, but with a more powerful engine and revised suspension, it’s a delight. 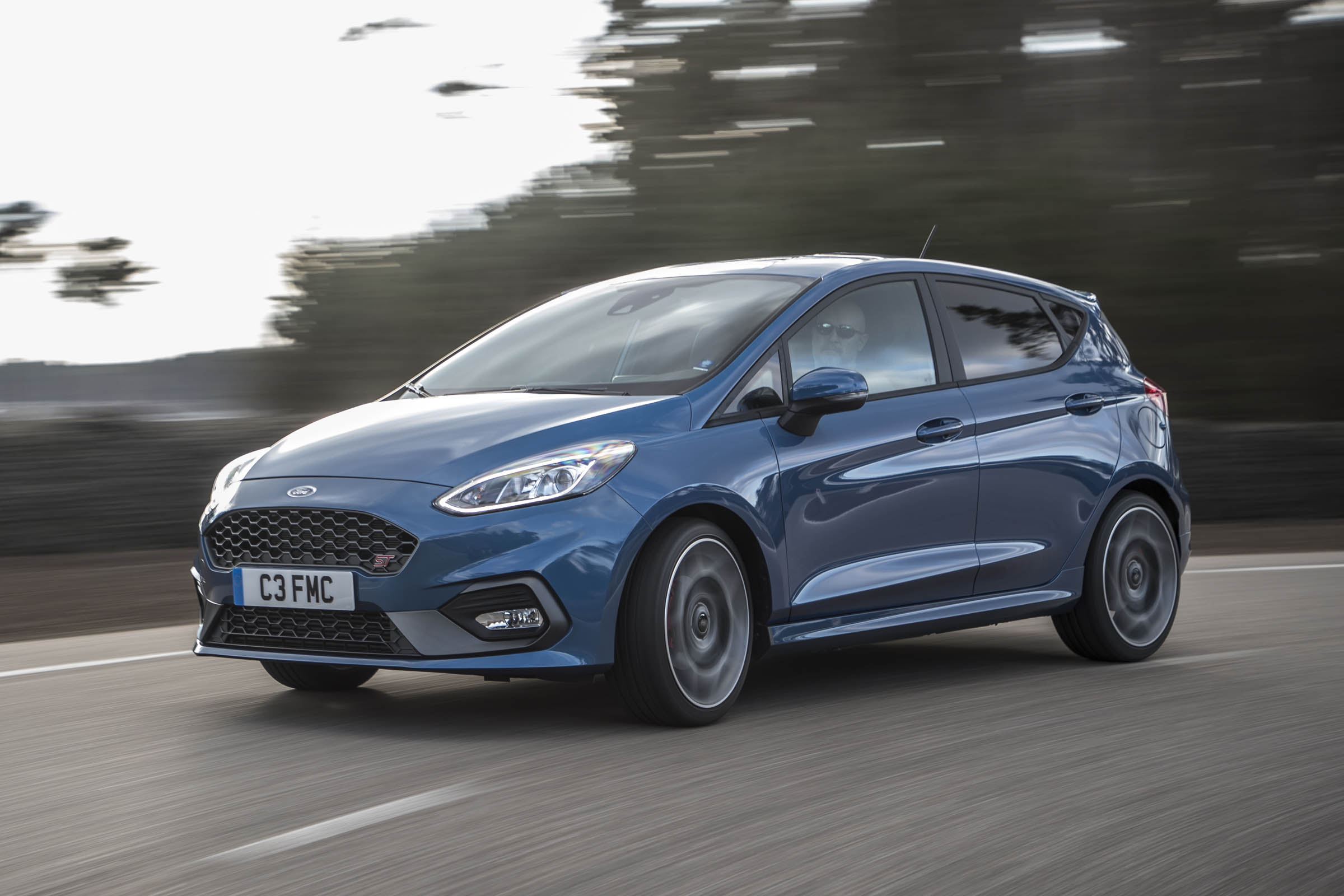 The Hyundai i20 N is a complete newcomer and you might not have even heard of it yet, but it’s come out of the gate with everything it needs to take on the established models. It’s really fast and feels like a proper performance car – just scaled down to supermini size!

The MINI Cooper S is another model that’s been around for a while but it’s not one to forget about, because it’s absolutely brilliant on a twisty road. It has style going for it as well, since it has the popular and attractive MINI looks along with its hot hatch performance.

Here we’ll find out which of these three close rivals is best for you by looking at them in some of the most important areas you’ll be thinking about when buying a hot hatchback. Performance and fun will be important, but we’ll also look at practicality and their interiors as well, since they also need to be good for driving every day.

Read on to find out more about the Ford Fiesta ST, Hyundai i20 N and MINI Cooper S.

Which is the fastest?

All three models have a similar formula – a powerful petrol engine, front-wheel drive and a slick manual gearbox (or optional automatic). The Ford Fiesta ST uses a 1.5-litre turbocharged three-cylinder engine with 197bhp, and it’s able to go from 0-62mph in 6.5 seconds.

It’s one thing to look at the numbers on paper, and another thing to experience the cars in the real world. We reckon there’s so little to distinguish in performance between the three cars that you won’t notice the little differences most of the time. All three are more than fast enough to have lots of fun on a great road.

Which is the most exciting?

Don’t let the fact that the Ford Fiesta ST uses a three-cylinder engine put you off, as it’s actually a lot of fun to use. It sounds great and feels really powerful when you put your foot down; it’s more exciting to use than the Hyundai’s motor, and while the MINI’s excellent 2.0-litre engine is strong, it doesn’t sound as sporty.

All three cars have very fast steering, which means the car turns a lot when you turn the steering wheel even a little. This makes them feel very responsive in corners and since they have lots of grip, it’s loads of fun to throw them into bends and accelerate out of them.

The Fiesta ST is our favourite of the three if you are looking for the most exciting model. It delights in being driven hard, has a punchy engine and is so much fun to zip around in, even on normal roads.

The MINI is close, and it’s more comfortable on bumpy roads than the others, so it’s a great option for country roads – but it’s not quite as energetic and exciting as the Ford. The Hyundai isn’t far behind, either. It’s quite uncomfortable over bumps but it corners really quickly as a result of the firm suspension. It also has great straight-line speed so it’s exciting just to accelerate on slip-roads, for example.

There’s an easy answer to this question, as the MINI is a step ahead of its rivals when it comes to cabin quality and design. Like the exterior, the MINI’s interior is really stylish and attractive. It uses rounded shapes and has a much more interesting dashboard than the Ford or Hyundai.

The materials inside feel higher-quality and you even get a better driving position that’s nice and low in the car. The small windscreen makes it feel more special to drive, but visibility is still fine. The MINI is a little more expensive than its rivals like-for-like, though. You need to add quite a lot of optional extras to match the specification of the Ford and the Hyundai.

It shows that the Fiesta ST and i20 N are based on more humble models, as there are still plenty of hard plastics and cheap-looking trim pieces inside. They’re still perfectly pleasant to spend time in, though, and have lots of tech.

The Ford and Hyundai have better media systems than the MINI as well – both have slick, easy-to-use touchscreen displays with Android Auto and Apple CarPlay as standard. The MINI’s infotainment system was recently updated, so it’s closer than before in the newest models, though. You sit higher up in the Ford and Hyundai but the supportive sports seats in both cars are great for holding you in place, and they’re comfortable too.

The Ford Fiesta ST doesn’t have a lot of legroom in the back seats, as it’s a small car and the sports seats in the front are quite bulky and reduce the space in the back. It’s okay for kids, though.

There’s more room in the back of the i20 N, which is a rather practical small car overall. There’s more legroom plus the middle seat has less of a hump in it, so it’s easier to transport an extra passenger for short trips.

The Fiesta ST has a 292-litre boot, which is okay, but the Hyundai has a very impressive 352 litres. The MINI has 211 litres in three-door form and 278 litres as a five-door, so it’s the least practical. The Hyundai is definitely the model to choose if you need to carry passengers or luggage.

Verdict: which should you buy?

The model that’s best for you really depends on what your budget is, how you will use the car and what sort of roads you’ll mostly drive on. Overall, our top pick is the Hyundai i20 N because it offers the best balance of value for money, performance, fun, practicality and equipment.

However if you don’t mind about anything else except how well it drives, the Ford Fiesta ST is the best choice. It’s really fun to drive and is almost as good as the Hyundai in some of the other areas, so it’s still a great option.

The MINI Cooper S is the top choice if you want the best interior and a more comfortable ride. It’s the best over bumpy roads, so works well for places with potholes or rough surfaces, although you need to add a lot of optional extras to match the specification of the others, so it doesn’t score too highly with value for money.

Read our guides to the best hot hatchbacks and best cheap sports cars.

Genesis GV60 vs Kia EV6 vs Tesla Model Y: which should you buy?
News

Genesis GV60 vs Kia EV6 vs Tesla Model Y: which should you buy?