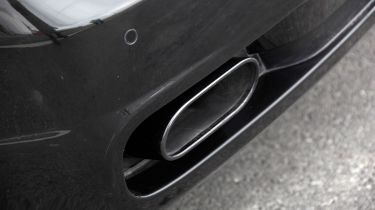 A new index of cars’ nitrous-oxide (or NOx) emissions shows that in real-world driving conditions, far more of the latest petrol engines than diesels come close to matching their claimed NOx emissions figures from official tests.

The new ‘EQUA index’ is independent of both the government and motor industry, which its operator Emissions Analytics says guarantees “complete transparency and a level playing field”.

It has come about partly in response to the recent VW emissions scandal, and to contentions that the official European emissions test (called the New European Driving Cycle, or NEDC) doesn’t reflect real-world driving conditions.

Unlike that test, which produces either a pass or fail result, the EQUA index is a series of grades that should allow consumers to more easily compare how various models fare. The grades tell you how close a car comes to the current EU Euro 6 emissions standard in everyday driving.

They run from A to H, with A indicating a car comes within 0.08 grams per kilometre of its official NOx emissions figure in everyday driving. Grade B means it comes within 0.12g/km and cars graded A or B are considered to be conforming with Euro 6 in ‘real-world’ conditions.

Nearly every petrol engine claimed to comply with Euro 6 was rated ‘A’, with the notable exception of the 1.0-litre EcoBoost petrol in the Ford Focus, which could only manage an ‘E’ grade, while the MINI hatchback’s 1.5-litre engine was rated ‘C’. Of the latest hybrids tested, both the Toyota Prius and Yaris, the Volkswagen Golf GTE and Porsche Cayenne S E-Hybrid all achieved the maximum ‘A’ rating.

You can search the full database (currently just under 450 models) at the EQUA website. New models will be added as they’re released and tested – Emissions Analytics says it expects to add between 200 and 400 vehicles to the database every year.