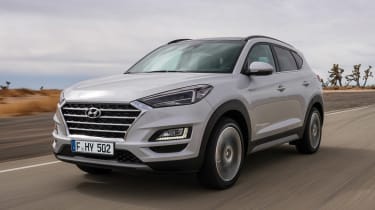 The Hyundai Tucson SUV is set to be the manufacturer’s first-ever model offered with a mild-hybrid diesel powertrain. The system uses recuperated energy to help power the car; Hyundai says it's capable of cutting emissions and boosting fuel-efficiency by up to 7%.

Mild-hybrid technology will arrive later this summer, following the launch of the facelifted Hyundai Tucson first revealed at the New York Motor Show at the start of the year. The Tucson's sister model, the Kia Sportage, is also getting mild-hybrid diesel technology at the same time.

The Tucson, which sits above the Kona but below the flagship Santa Fe in Hyundai's SUV lineup, faces strong competition in the form of the Nissan Qashqai and Skoda Kodiaq. The South Korean brand hopes the improved car can stay competitive in what is an increasingly competitive market. 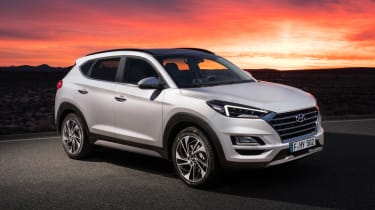 A new, 'cascading' grille brings the Tucson in line with Hyundai's corporate look, and is flanked by full LED headlamps with a distinctive DLR signature. 'Skid plates' are integrated into the front bumper to emphasise the car's off-roader style, and the rear bumper has been redesigned too. New alloy wheels complete the look.

Changes under the bonnet include a choice of updated petrol and diesel engines that have been tweaked for lower CO2 emissions. In the petrol range there's a 1.6-litre, 130bhp GDI and a turbocharged T-GDI version with 170bhp. The former is restricted to front-wheel drive, with a six-speed manual gearbox, while the more powerful engine offers a seven-speed dual-clutch automatic option and front or four-wheel drive. 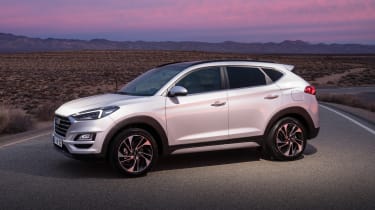 Those who prefer diesel power have a wider choice. There are two new versions of a 2.0-litre engine: a 113bhp version with front wheel drive and a six-speed manual and a 131bhp version with a dual-clutch automatic option, again with front or four-wheel drive. The most powerful option is a 2.0-litre with 183bhp – this is four-wheel drive only but buyers can choose between a six-speed manual or eight-speed automatic gearbox. All engine options meet the latest Euro 6d Temp exhaust emissions standards.

The 2.0-litre diesel will also be available with a Mild Hybrid Starter Generator (MHSG) that recuperates energy and can give the engine a 16bhp boost. Connected to a small lithium-ion battery, the system works automatically and can cut emissions and save fuel by taking strain off the combustion engine. Under heavy acceleration, the MHSG can also improve performance slightly.

In spring 2019, mild-hybrid technology will also be added to a new ‘Smart Stream’ 1.6-litre diesel engine, with details released closer to its launch.

Onboard technology and connectivity look to be a big part of the updated Tucson package, with wireless mobile phone charging, Apple CarPlay and Android Auto support all offered, along with the usual Bluetooth compatibility. A seven-inch infotainment screen is standard, while an eight-inch version adds navigation on higher-spec models in the range. 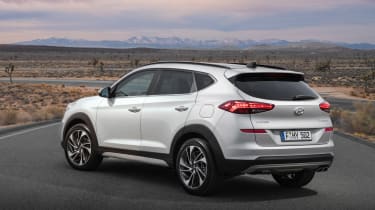 The sat-nav system includes 3D mapping and a free subscription to real-time LIVE services, which lasts for seven years. USB connections are provided for front and rear seat passengers, and there's the option of a premium sound system from American hi-fi specialists Krell.

As well as assisting in an emergency, there's plenty of technology to help with day-to-day driving. The car's camera system can provide 360-degree coverage for manoeuvres such as reversing, high-beam assist will automatically dip the LED headlights, and the wipers are rain-sensing. Active cruise control is available, too, which is helpful for motorway driving. 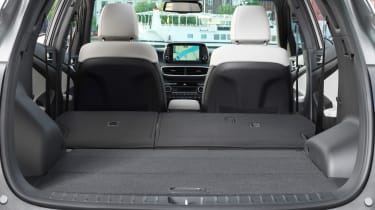 After its debut in New York, the Tucson will go on sale in Europe during the summer.

Hyundai has yet to reveal UK pricing for the updated Tucson, but it's unlikely that the price will rise dramatically compared to today's car, which starts at £19,855. 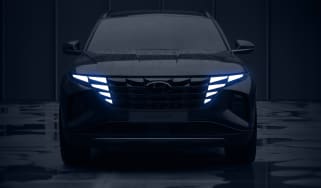