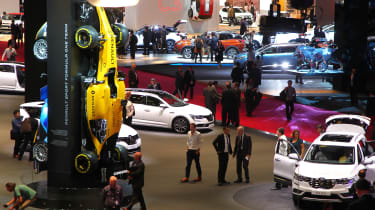 The Paris Motor Show – one of the most important events on the automotive calendar – is already on the horizon, and carmakers are lining up to debut their most exciting new models. Ahead of the show, which runs from 4-14 October, here's our rundown of what Paris has in store.

Although March's Geneva Motor Show is the first large European show of the year, car manufacturers certainly don't take the rest of the year off. The Paris and Frankfurt shows – which take place on alternate years – are chosen for the debut of many follow-up models, as well as production versions of cars that Geneva may have shown in concept form.

Since its inception in 1898, the Paris Motor Show has provided early glimpses of dozens of important new models, and not just from French manufacturers. Indeed, the 2016 event saw the debuts of the Audi Q5, Skoda Kodiaq, Honda Civic and Land Rover Discovery, as well as the Peugeot 3008. This year, we can expect a roll call just as diverse, with electrified models likely to take the spotlight.The 2018 Paris Motor Show will open its doors to the press on 2 October and the public can visit from the 4th to the 14th. There are some great driving roads in France – we can offer tips on using your car across the channel. The show will be well worth a visit, and here are just a few of the new cars expected to debut at Paris 2018: 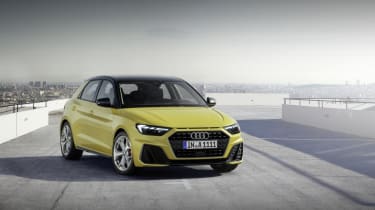 Details of the 2018 Audi A1 have already been announced, but the Paris Show will mark the new car's official debut. Sharing its mechanical package with the Volkswagen Polo, the next A1 promises a step forwards from the popular original, with progress in comfort and driver appeal and an injection of new technology.

The Audi A6 Avant estate is set to be joined by a rugged Allroad version with 'quattro' four-wheel drive and increased ground clearance to aid agility on rough terrain, while an updated Audi A4 saloon is also expected – camouflaged examples have been spotted in testing. 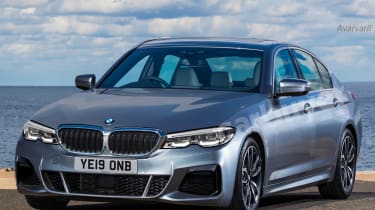 2018 has been very busy for BMW and the brand new BMW 3 Series saloon is one of the most important debuts of any motor show this year. All new from the ground up, this 3 Series uses an advanced new 'CLAR' platform that employs many weight-saving measures to aid fuel-efficiency, as well as making a range of low-emissions 'alternative' power systems possible – expect plug-in hybrid and fully electric models to follow.

The long-awaited new BMW Z4 will also debut at Paris, marking the return of a name absent for two years. It has been developed in conjunction with Toyota – an all-new Supra will be based on the same platform – and the Z4 holds true to its traditional front-engined, rear-wheel-drive layout. The next generation BMW X5 SUV is set to be unveiled during the show, too. 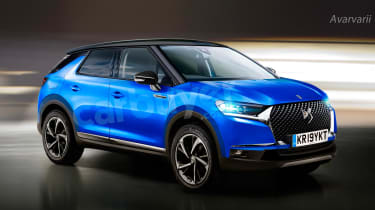 DS – the premium arm of the French PSA group that also incorporates Peugeot, Citroen and Vauxhall – will debut its second SUV at the show. The DS 3 Crossback will complement its larger DS 7 Crossback sister, offering similar design flair in a bid to attract potential MINI Countryman and Audi Q2 customers. An all-electric version will take top billing on the DS stand, using PSA's e-CMP platform that could soon form the basis of new EVs from Peugeot, Citroen and Vauxhall. 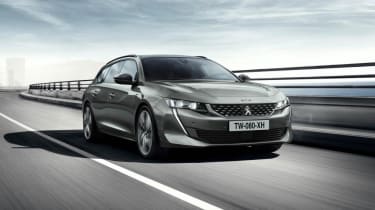 The new Peugeot 508 demonstrates that PSA hasn't lost faith in the large saloon car – and a stylish 508 SW estate version will also debut at the 2018 Paris show, with a 508 plug-in hybrid joining the range in due course as well. Full performance, price and specification details for each are expected to be announced during the show. 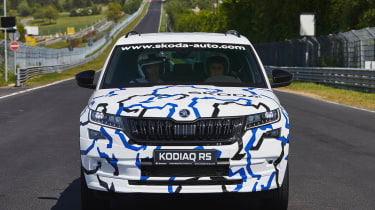 Skoda's vRS performance models are popular with enthusiastic drivers and the new Kodiaq vRS marks the first time Skoda has offered a sporty SUV. The 237bhp, twin-turbocharged Kodiaq vRS has already established a seven-seat SUV lap record of the famous Nurburgring circuit and is likely to inspire strong competition from rival models after its Paris debut.