How to budget for a new car 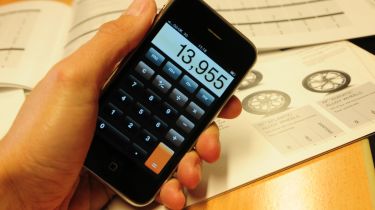 Working out how much a new car will cost you over the years should help make the ownership experience stress-free.

It’s easy to fall into the temptation of buying the most expensive car you can afford based solely on asking price or monthly repayments. But while we all want to drive the best possible car and the purchase price is likely to be the headline-grabbing figure, insurance, servicing and fuel costs add up to a significant amount of money – often equal to the monthly repayments on a hire purchase deal or PCP contract.

It’s sensible to spend an hour or so with a calculator working out exactly how much a new car is going to cost to run before you decide to buy. There’s no point in stretching yourself to get the SUV of your dreams, if the fuel bills are likely to leave you broke and resentful over the course of ownership.

So read on for our guide on how to budget for a new car, which has all the tips you need to find the right model for you, taking all ownership costs into account.

Work out the basics: fuel and tax

Fuel and road tax are the most obvious running costs for any car, so these should be the first things you think about once the purchase price has been considered.

Road tax is fairly simple: the higher a car’s CO2 emissions are, the more it’ll cost you in the first year of road tax – officially known as Vehicle Excise Duty, or VED. All petrol and diesels cars then command £140 per year, while alternative fuel vehicles like hybrids cost £130 per year. Zero-emissions - fully-electric and hydrogen - cars are exempt.

It’s important to remember that cars with a list price that’s over £40,000 are subject to a surcharge of £310 from years two to six - essentially for five years after the first year’s CO2-weighted payment has been made. If you’re buying a new car, this will bring your annual bill to £450 (or £440 for alternative fuel cars) during that period.

Finding out how much CO2 a car emits is easy – just click on the ‘Prices & Specs’ tab of any Carbuyer review, then click on the engine and specification level you’re interested in and you’ll see the car’s emissions, tax band and associated annual charge.

Fuel costs can be a little harder to reliably calculate – while manufacturers give an official mpg (miles per gallon) figure, this is not necessarily a true reflection of what the car will achieve in real-world driving conditions. However, it’s useful for comparing cars: a car that claims 30mpg will generally be about half as efficient as one that claims 60mpg, for instance.

To get a more accurate idea of how economical a car will be, take it on a long test drive and keep a close eye on the economy figure – typically displayed on the dashboard. Ask the dealer how to show you how to display this if you’re unsure, and don’t be fooled if they claim a poor mpg figure is because the car needs to be ‘run in’. Fuel economy may improve slightly once a car has a couple of thousand miles on the clock, but a 25mpg car won’t leap to 60mpg, however well run in it is.

Check out our Most economical cars article

The next thing to do is calculate how much the car is likely to cost to fuel for a year based on these figures. If you cover 8,000 miles a year (the UK average), then a car that returns 40mpg in real-world conditions will use 200 gallons of fuel annually. Confusingly, while economy is measured in gallons, petrol is priced and sold per litre, so you’ll need a calculator.

There are about 4.55 litres to a UK gallon, so if petrol costs about £1.20 a litre, a car that returns 40mpg should cost roughly £1,050 a year to fuel – but bear in mind that getting stuck in a lot of traffic or driving in a spirited fashion will see your fuel consumption drop commensurately.

Cars with diesel engines are generally capable of greater fuel economy than their petrol counterparts, but they’re also more expensive to buy. In order to offset this extra cost and feel the benefit of a diesel car’s increased efficiency, you need to cover about 12,000 miles or more each year to justify choosing diesel over petrol.

It’s also important to know that all diesel cars have something called a ‘diesel particulate filter’ or DPF. This removes soot from the exhaust gases and gets rid of it by burning it off – but the car has to run at speed (typically above 50mph) for a reasonable amount of time on a regular basis in order for this to happen. If you generally only make short journeys, diesel is best avoided, as a blocked DPF that hasn’t had the high-speed runs it needs to clear itself can leave you with an expensive repair bill. Removing the DPF is also out of the question, resulting in an immediate MoT fail when tested.

Most cars need servicing annually. During a service, the engine oil and filter will be changed, any scheduled maintenance will be taken care of and the car should receive a mechanical once-over to ensure it’s in good condition. Servicing costs vary wildly: the cheapest models should cost as little as £150 each time, while some high-performance cars can cost 10 times that to get looked at. Make sure you know which camp a car you’re thinking of falls into.

Many manufacturers now offer fixed-price servicing plans on new cars. These allow you to pay an upfront or monthly fee, rather than just paying at service time each year. This makes budgeting easier and can save you money, too.

If no fixed-price servicing plan is available, it’s well worth ringing around a few garages – both independent and franchised – to get quotes for a service before buying a new car. While independent garages may be less expensive than main dealers, you need to make sure they service your car in line with manufacturer recommendations and use official approved parts, in order to preserve the car’s manufacturer warranty cover.

It’s also worth bearing in mind that dealers appreciate the loyalty shown if you use them for servicing and this can result in goodwill gestures if anything goes wrong with your car outside of warranty – although you should consider this a bonus rather than an expectation. Many main dealers will also match servicing quotes from an independent garage and throw in perks like free roadside assistance for the year.

As soon as you drive your new car away from the dealership, it’s considered ‘used’ and starts to lose money. Many cars are worth only half their original purchase price after three years of ownership.

How much a car depreciates is determined by a number of factors, but what model you choose has the biggest bearing. While a large, thirsty saloon may lose up to 70% of its value in three years, a desirable and economical small hatchback could drop by just over 30% in the same period. Note that slower-depreciating cars are often more expensive to buy initially.

Whichever model you choose, be sure to factor depreciation into your budget; it’s a good idea to know roughly how much the car will be worth when you’re likely to trade it in or sell it on. Our guide on how to minimise a car’s depreciation has more information.

The cost of car insurance varies enormously based on a number of factors – one of which is the type of car you’re insuring. Make sure to check how much any car you’re thinking of buying will cost to insure. The best way of doing this is to register with a price-comparison website. Once you’ve done this, getting quotes for different cars is relatively quick and straightforward.

Our comprehensive guide to car insurance has more details, and make sure to check out our list of cheap cars to insure, too.

Secondhand cars can be attractively cheap for what you get, but remember if you couldn’t afford to run a certain model of car when it was new, you definitely won’t be able to once it has a few thousand miles on the clock. A 10-grand Porsche can be seriously alluring, but its ongoing servicing costs and the potential for expensive problems may be less attractive.

Buying a plug-in hybrid or electric vehicle can radically alter your motoring budget. These tend to be more expensive to purchase but offer from 20 to around 300 miles of pure electric driving range. As you'll know, electricity is far cheaper than petrol or diesel, with most EVs costing just a few pounds to top up, or even less if you're fortunate enough to have solar panels or a wind generator. Buying an EV can also qualify you for a government plug-in car grant, although this was axed for plug-in hybrids in November 2018.

It’s a good idea to think about how you use your car on a day-to-day basis: if you regularly drive into London, buying a car that’s exempt from the Congestion Charge can save you a lot of money. Our guide to the best London Congestion Charge exempt cars is well worth a look if the capital is a frequent destination.

Also take parking charges and/or residents’ parking permits into account. These may seem like fine details, but having a comprehensive idea what your car will cost can help you figure in all the factors fully. Many people find that a separate ‘car fund’ bank account helps to thoroughly budget for a car.

Example, three-year agreement, assuming car is handed back at the end of the term.