Sports cars deliver superb thrills, but they don’t have to cost a fortune. We’ve listed the best cheap sports cars that shouldn’t break the bank.

These days, if you want a hot hatch or a sports car, then the choices on offer are wide and varied. You don’t need to spend a fortune either, with some of the top models like the Ford Fiesta ST and Mazda MX-5 priced reasonably - especially when you pay for them monthly on a PCP finance deal.

British drivers are keen buyers of sports cars, and there’s a wide choice to cater for every type of performance-car buyer. You can pick hot hatches that can out-pace even recent supercars, or coupes and convertibles that’ll thrill whatever the weather – and even the odd characterful muscle car, with the V8-powered Ford Mustang injecting a dash of Americana into our quaint market towns. 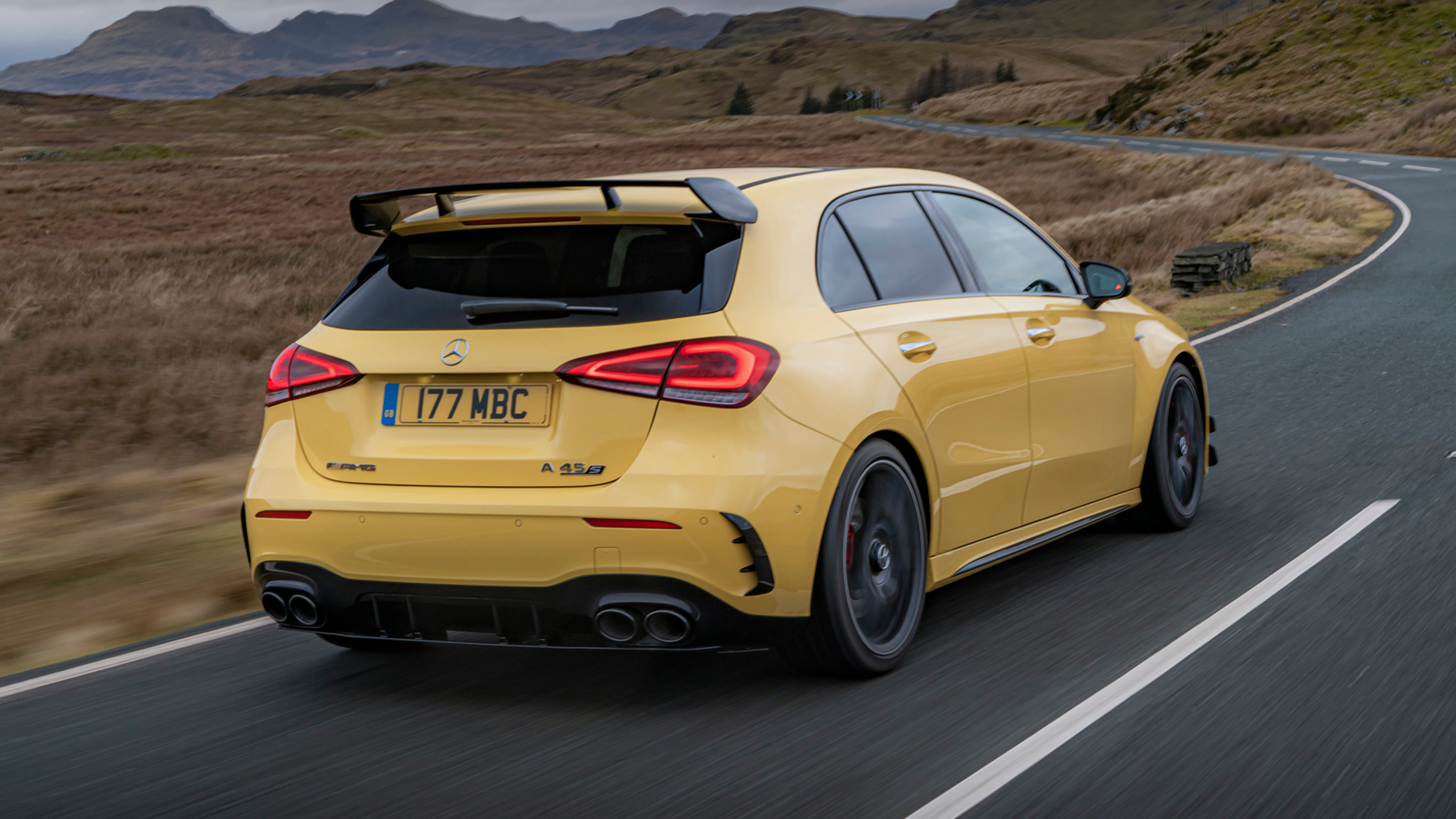 Our picks for the best cheap sports cars come with few drawbacks, while offering great performance. All offer a decent amount of space, so you can use them everyday, while being easy to drive, comfortable and affordable to run. But for some, that’s not as important as the way they drive.

Cars like the Volkswagen Golf GTI and Ford Focus ST have big boots and space for five, while the Toyota GT86 and Subaru BRZ are thrill-a-minute junior JDM supercars.

Mostly these cars will be cheap to run, too. But as with any car, the harder you drive, the harder they’ll be on your wallet. None are expensive to buy – considering the performance or thrills on offer – but tyres, fuel and insurance are all factors you’ll need to consider.

Read on for our picks for the best cheap sports cars you can buy today.

Before the new Ford Fiesta ST hit the road, some were worried that it couldn't live up to the magnificent previous generation. Those worries were unfounded, despite the new car's smaller engine. The new Fiesta ST is more powerful, just as fun to drive - and still better to drive than most rivals - and is more refined than ever before.

As a result, it can now handle long motorway trips with ease, and the engine will even partly shut down when cruising to save fuel - this performance car can manage over 40mpg when you're not going pedal to the metal! To get all this, you'll need to hand over less than £22,500 to your local Ford dealer.

There are few more exciting hot hatches than the Honda Civic Type R, and it’s quite good value when you realise it costs about the same as a Ford Focus ST but packs almost 50bhp more. With just two driven wheels instead of four, the Civic Type R can’t match the fast Audi and Mercedes hatches off the line but it’s still seriously rapid. It’s in corners where the Civic Type R impresses, though, and it also rides better than the previous model.

The styling is like something out of a Japanese comic but there’s a new, more understated Sport Line model if you find the big wings and outlandish styling of the standard model a little over the top. Just like the regular Civic, the Type R has a big boot and a well-built interior.

The world’s best-selling roadster is now in its fourth generation and shows no signs of middle-aged spread. The simple and lightweight Mazda MX-5 is as much fun as it ever was. Like the Toyota GT86 and its Subaru BRZ twin sister, there isn’t much power, but the chassis makes the most of what there is. The MX-5 provides plenty of feedback through the steering wheel and the manual gearbox is one of the best in the business.

The standard car has a manually-operated fabric roof, although the folding-hardtop MX-5 RF is also available. It’s tremendous to drive, but a lack of storage space – there isn’t even a conventional glovebox – prevents it from taking the top spot here.

Hyundai’s first performance car for years was very well received and is one of the very best hot hatchbacks on sale. It’s powered by a turbocharged 2.0-litre four-cylinder engine, which in the top-spec N Performance model produces 271bhp – enough for 0-62mph in 6.1 seconds and a limited top speed of 155mph.

The car can be fully tailored to your driving needs through a simple-to-use setup menu, so your i30 N can be almost as soft or as raw as you want it to be.

A Toyota Yaris on a list of the best sports cars? If you’re surprised at that, let us tell you more about the GR Yaris. Those two little letters show that this is a car developed by Toyota’s rally team, Gazoo Racing. It may bear the Yaris moniker but this is no ordinary supermini; it has completely unique bodywork, gaping air intakes and super-wide arches.

The engine is a firecracker, with 257bhp squeezed out of a three-cylinder petrol. Add in four-wheel drive and the GR Yaris can hit 0-62mph in 5.5 seconds, making it one of the quickest cars on this list. A Circuit Pack is optional but enthusiasts will be keen on the locking differentials, lightweight alloy wheels and stiffer setup that it brings.

All MINIs are fun to drive but enthusiasts should seek out the Cooper S or the hardcore John Cooper Works models. Producing 189bhp from its 2.0-litre engine, the Cooper S is more than a match for the Fiesta ST and costs about the same too. The cliche is that the MINI handles like a go-kart but it’s true; the car has super-quick steering and feels really agile, resisting body roll impressively well.

The interior is characterful and well-equipped, but the rear seats are cramped and the boot is on the small side. The MINI five-door hatchback offers more practicality if you need it.

You can think of the up! GTI as a throwback to the very first Golf GTI; it has about the same power, it’s a similar size and comes with the essential tartan seats and red grille stripe. We’re used to hot hatches having ridiculous power outputs so the GTI’s 113bhp might seem a bit weedy, but the lightweight body means it’s nippy and feels quicker than its 8.8-second 0-62mph time suggests.

It’s cheaper and more fun to drive than the Suzuki Swift Sport, and much easier to live with than an Abarth 595. The gearbox is great to use, although the brakes fading will quickly highlight that this isn’t a car designed with lots of track driving in mind. It’s practical for its size and reliable, plus it gets Bluetooth, Beats speakers and a leather-wrapped steering wheel.

It could be argued that the BMW 2 Series coupe is outdated now, as it’s based on the old rear-wheel-drive 1 Series, but the platform will appeal to keen drivers. The best one is the flagship M2 Competition but even the lowest-powered, least sporty one is fun to drive. The M240i is sought after because it has a powerful six-cylinder engine, or there are two other petrol engines with 134 or 182bhp. Two diesels are available as well.

Confusingly, the four-door BMW 2 Series Gran Coupe is based on the latest 1 Series, meaning it’s either front or four-wheel drive. The latter is used for the fastest M135i models and, while they’re fast, they’re not very exciting to drive - that’s why we’re picking the two-door 2 Series coupe.

Eyebrows were raised when the Kia Stinger was launched, as the Korean brand had created a car aimed at the Audi A5 Sportback and BMW 4 Series Gran Coupe. It was even more surprising that the Stinger was available with a meaty 3.3-litre V6 petrol engine with 365bhp, capable of launching the large family hatchback from 0-62mph in 4.7 seconds.

We think the Stinger is more fun than the Audi RS5 because its rear-wheel-drive layout and limited-slip differential make it feel really agile. The Audi does have a slightly nicer interior, though, and you might not want to look at the Stinger’s fuel economy info too often...

The Toyota GT86 marked a welcome return for the small, affordable and fun coupe; a combination not seen from Toyota since the Celica was discontinued. With a long bonnet and a low-slung body, the Toyota GT86 looks like a sports car, and feels like one the moment you climb inside. But it’s when you drive away that the magic happens. The steering, suspension and brilliant rear-wheel-drive chassis combine to deliver a totally immersive driving experience. So much, in fact, that you won’t give the relative lack of power a second thought.

Toyota has now discontinued the GT86 after nearly a decade on sale but you won’t have to wait long for its replacement. The more powerful Toyota GR86 is due to launch by early 2022.

If you want to see more, check out our features picking out the best hot hatchbacks, best sports cars and coupes and best convertibles.