SUVs made up most of the top 10 best-selling cars in May 2022; diesels comfortably outsold by electric cars

If you’re looking for a new car and aren’t sure what you should buy, our guide to the UK’s best-selling cars is a good starting point. While you won’t stand out from the crowd in one of these top 10 best-sellers, you can guarantee that all have plenty of positives. They might be cheap to buy or run, or spacious and high-tech. Read on for the full list and to see which types of car are currently the most popular.

New car production is being severely hampered by supply chain issues – several manufacturers are even closing orders for some models – with the result being a 20.6% drop in sales compared to this month last year. Overall, 124,394 cars were registered in May, a drop of around 32,000 cars compared to 2021. 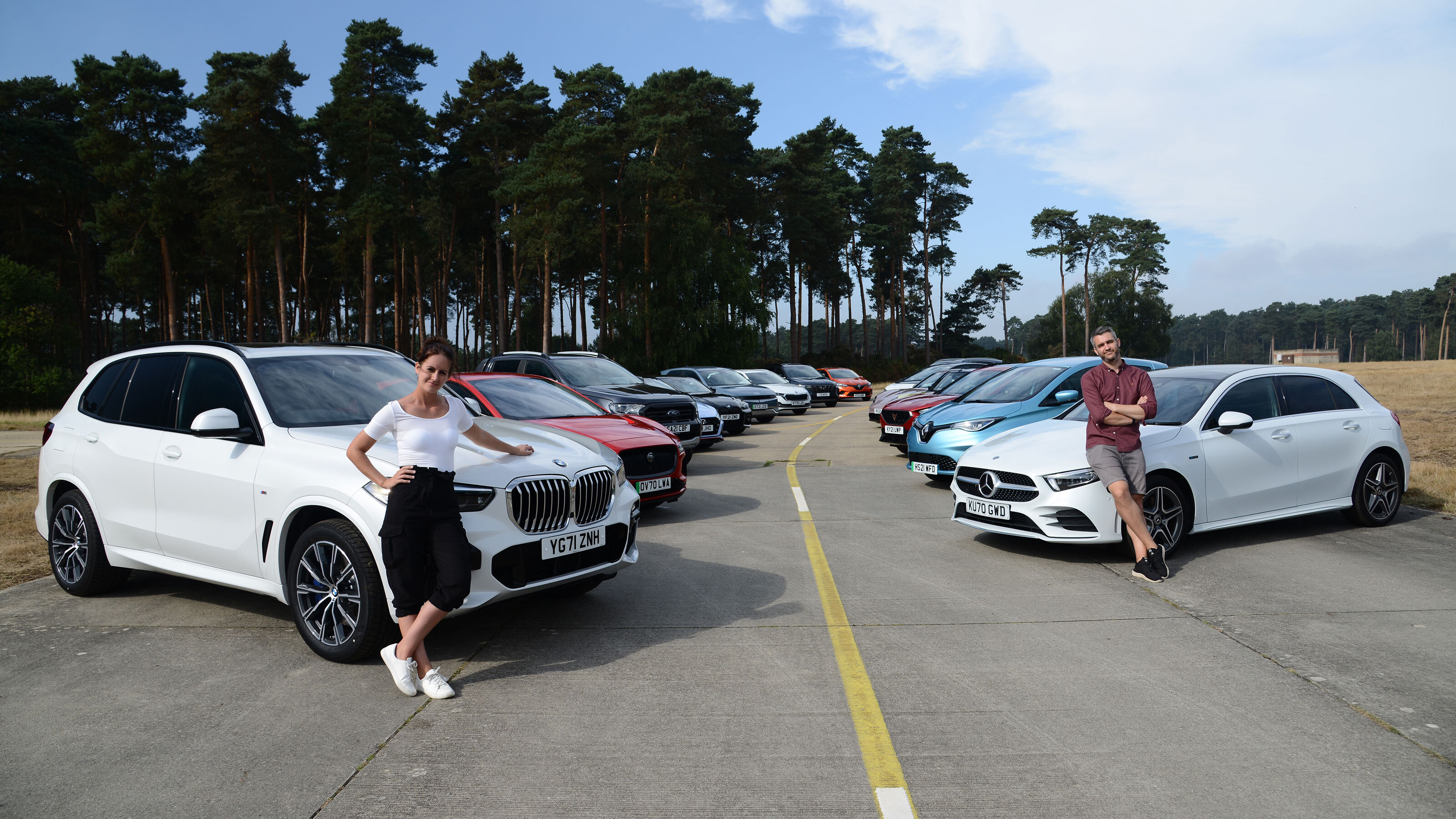 The month’s best-selling car was the Vauxhall Corsa. Nearly all of the best-selling cars are available with electric or hybrid options, and six of the top 10 were crossovers.

Previously, the Ford Fiesta would have been a regular on this list, but the supermini has struggled against the MINI and Corsa. Ford is also focusing on its SUVs – the Puma and Kuga are both big sellers – at a time when car computer chips are in short supply, and you can’t actually order a Fiesta at the time of writing, even though it’s recently been facelifted.

The Vauxhall Corsa is an ever-popular choice, whether for driving instructors, first-time buyers or experienced drivers. It’s a user-friendly car that offers good value for money, and is a fun but practical option for many. Another appealing aspect of buying a Corsa is the range of options offered by Vauxhall, making it an easy car to personalise.

There are many trim levels, engine choices and optional extras, as is often the case with Vauxhall models. The new model even brings an electric Corsa-e option for the first time.

Whether it’s bringing in more customers or pinching sales from its Focus and Fiesta siblings, it seems that many buyers are taken with the reincarnated Puma SUV. It’s great to drive, well-equipped and very practical – in fact, with a washable ‘MegaBox’ underneath the main boot compartment, it has an even bigger boot than Ford’s hatchbacks.

We suspect many of the mild-hybrid petrol engines sold recently have been Fords – most versions of the 1.0-litre petrol engine now come with a little bit of electrical help (although the difference might not be as noticeable as the ‘hybrid’ badge suggests).

The new Kuga has proved as easy to sell as Ford’s smaller hatchbacks. It needed to be much better than its predecessor, which felt dated towards the end of its life, and couldn’t compete with the more modern Peugeot 3008 or SEAT Ateca.

The new Kuga has reintroduced an exciting driving experience, while there’s also more equipment than before – even Zetec versions have cruise control and wireless phone charging – and a boot that’s plenty big enough for all sorts of family clutter. Economical engines are joined by a new plug-in hybrid with a 35-mile electric range, which will appeal to both private and business buyers.

The Volkswagen Golf is a familiar part of the British automotive landscape. Keeping it this high in the rankings is no mean feat, with almost constant updates to keep it at the cutting edge. That means it has economical and punchy petrol and diesel engines, and a GTE plug-in hybrid is now available too.

Traditionally famed for its plush interior, with enough space for four tall adults, the Golf lives up to its reputation as all the car most of us will ever need. Despite ever-improving competitors and an arguably more distracting interior than before, the Golf is still a heavyweight in the UK car market.

The MINI seems to get better and better, and its practicality drawbacks are vastly outweighted outweighed by its plus points. It’s fantastic to drive and full of character, and the interior feels high-quality too. The MINI can be surprisingly affordable but you can also go mad on personalisation options to truly make it your own if you wish.

With a range spanning the hardcore John Cooper Works hot hatches, a nippy electric version and a five-door petrol that’s a bit more spacious, it’s hardly surprising that the MINI sells so well. It’s just as good with an automatic gearbox, which can’t be said for all of its competitors.

The outgoing Nissan Qashqai was a real success for the brand and it seems the fresh new model has caught the attention of buyers too. Built in Britain, the new Qashqai improves on its predecessor by offering a bigger boot, a better quality interior and slightly better fuel economy, courtesy of a small level of electrification fitted to the 1.3-litre petrol engine.

From the outside, it’s clearly a Qashqai, but the styling is sharper and more attractive than before. That sums up the new model; it’s familiar but most aspects have been tweaked and improved. Don’t be surprised to see it in this list regularly in the coming months.

It seems the Kia Sportage is one of the favourite SUVs of UK buyers because it has been in our top 10 on several occasions –- although never as high as first place. The car’s styling and high-spec interior likely play a part in its popularity, with even the very cheapest Sportage getting luxuries like sat nav and a reversing camera.

The new Kia Sportage also introduces hybrid and plug-in hybrid engines, making it a good option for business users and private buyers alike. The Sportage has tidy handling too. Like all Kia models, the Sportage features a whopping seven-year/100,000-mile warranty, which is only surpassed by SsangYong and Toyota. Word of mouth might be partly behind the Kia’s success; the old model finished in a superb ninth place in our 2021 Driver Power owner survey, which ranks the top 75 cars on sale.

The Kia Niro is available as a hybrid, plug-in hybrid and as the fully electric e-Niro, sitting somewhere between a hatchback and an SUV. It doesn’t look outlandish and the interior has quite a simple design, but you’ll see this as a good thing if you want to dip your toe into hybrid or EV ownership without wanting to stand out too much.

A Toyota Prius is more economical, but the Niro is more practical and it isn’t wilfully different-looking. You can expect nearly 60mpg, putting it on par with diesel-engined hatchbacks, but with the added benefit of slightly cheaper running costs and a little bit of silent, low-emission driving.

The Volkswagen Polo is the other default supermini, and this latest generation is more impressive and more sophisticated than ever before. Whether you’re after a car with the cheapest possible insurance or hot hatch thrills, the Polo delivers in spades.

It’s very well equipped, and you can spec features that previously would’ve been reserved for much more expensive cars. VW’s great DSG automatic gearbox is available on most engines, which really matches the car’s mature feel and refinement. Add in plenty of space for passengers and a generous boot, and it’s easy to see why you’d choose the Polo over its rivals – or over bigger hatchbacks like the Golf or Renault Megane.

It seems the new Hyundai Tucson has really struck a chord with UK buyers, as the Korean brand’s mid-size SUV entered the top 10 for the first time in 2021 – and has stayed here pretty much continuously.

The Tucson not only looks interesting but it has an interior that’s a big step up from its predecessor. The centre console cascades down from the dashboard and all cars get a big touchscreen and a digital instrument cluster as standard. It’s clear that practicality has been considered just as thoroughly as technology, and the Tucson has an engine range with three different hybrid options.