While crossovers and SUVs might look rugged, you'll need a proper off-roader to tackle rough terrain. Here are the best 4x4s to buy now

If you live in a rural area with few properly surfaced roads or go off the beaten track for fun, you’ll need a rugged 4x4 to cope with the worst weather and terrain. Four-wheel drive gives security in these conditions, outweighing the slightly worse fuel economy compared to two-wheel-drive cars.

SUVs with off-roader styling have become something of a status symbol in the last few years. Cars such as the Mercedes G-Class and Range Rover are more frequently seen on the clean streets of Kensington than the country lanes of Kent. 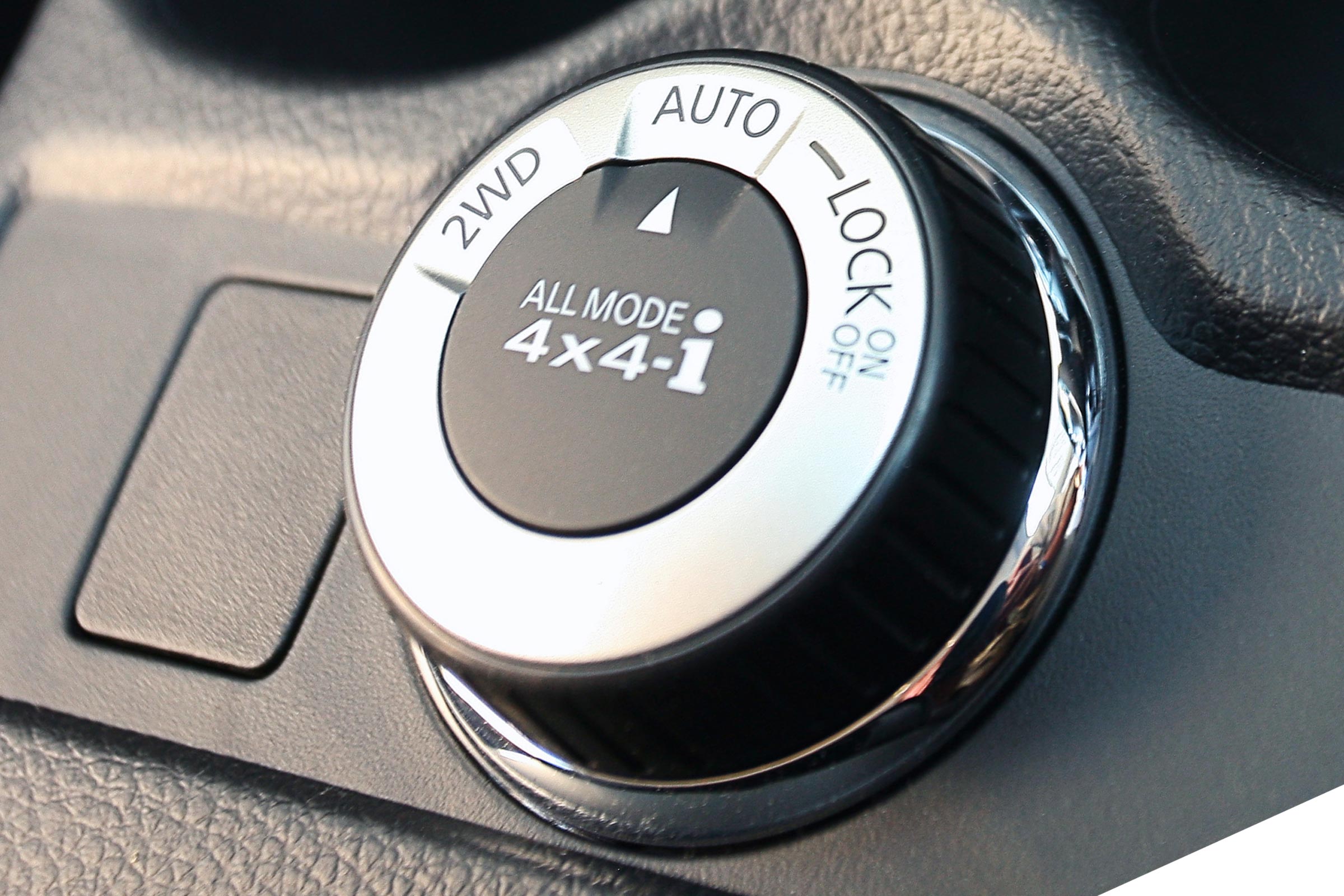 With SUV and crossover sales booming, you might be thinking that every SUV is four-wheel drive and has some off-road ability, but the truth is that most of these crossovers are based on hatchbacks, and many only come with front-wheel drive. Some are all-wheel drive, which improves all-weather traction but won’t be of huge help if you’re heading deep into the wilderness.

We’ve picked out the best 4x4 off-roaders on sale now, but you may also want to consider the Toyota Land Cruiser, Jeep Wrangler and Suzuki Jimny if you’re going to be spending a lot of time off-road; they’re excellent off-roaders, even if they’re not as good all-rounders as the cars that made it on to our final list. You might also want to check out our list of the best cars for winter.

The first of several Land Rovers on this list, the Discovery is one of the most capable vehicles on the planet and can cover all but the most inhospitable terrain while transporting up to seven occupants in luxury.

Land Rover’s Terrain Response system is set up for sand, mud, rocks and other landscapes, plus there’s sophisticated suspension and a wade depth of up to 900mm. It still has the mighty 3.5-tonne towing capacity, but the latest Discovery is a massive 450kg lighter than its predecessor. Every engine has plenty of power, and most models have leather upholstery and high equipment levels.

The Defender is a motoring icon and Land Rover has spent the last few years making sure the latest model is a suitable successor to the old one. If you’re used to the spartan charm of the previous version, you’ll scarcely believe the amount of tech on board, making the Defender an undeniably upmarket SUV with a price tag to match. Much of what we’ve said about the Discovery applies here, too, as Land Rover’s state-of-the-art off-road technology is fitted to almost every car it makes.

This new car certainly lives up to the Defender name, and you can again choose from three-door ‘90’ and five-door ‘110’ body styles. Finally, for those not worried about sky-high fuel prices, Land Rover now offers a 525bhp V8 version.

The Range Rover may now be a rival to opulent cars like the Mercedes S-Class and Bentley Bentayga, but it’s still one of the most capable off-roaders - even if many owners won’t leave the confines of a city in it.

There are reasonably sensible diesel engines (and a plug-in hybrid) and a couple of 5.0-litre V8 petrol engines that launch from 0-62mph in just 5.4 seconds. Like its Land Rover siblings elsewhere in this list, the Range Rover also impresses with a huge towing capacity, a plush interior and lots of high-end kit.

Deemed by many as virtually indestructible, the Toyota Hilux has become a household name in the world of pickup trucks and it's easy to see why.

Unlike many off-road SUVs nowadays, which feature a unibody construction, the Hilux features a traditional body-on-frame design. This means the body of the car is separate from the underpinnings, offering better ride height, as well as greater strength and flex when traversing rugged off-road environments. This unbreakable toughness is topped off by Toyota’s brilliant five-year, 100,000-mile warranty - not that you’re likely to need it

The SsangYong Korando is a similar size to family SUVs like the Peugeot 3008 and SEAT Ateca but starts off at under £20,000 and is available as a 4x4, which makes it rare in this class.

SsangYong trades on tough, durable (and slightly agricultural) SUVs and the Korando is no exception, making it a good-value choice if you need to beat challenging roads or tow a caravan across a slippery field. In fact, SsangYong says the Pioneer trim level is aimed at those who tow a trailer or caravan regularly, with all-round parking sensors, a reversing camera, a full-size spare wheel and a two-tonne towing capacity.

It may look pretty much the same as before, but the Subaru Forester was updated in 2019 and now uses the same platform as the XV and Impreza.

Road manners are slightly improved but the petrol-only Forester is still an SUV that’ll be expensive to buy and run. But owners are happy to overlook high costs for the car’s impeccable build quality, reliability and durability. Four-wheel drive is standard, and the Forester also benefits from a high ground clearance and hill-descent control. With Subaru’s EyeSight driver assistance technology, the Forester is a very safe car too.

The Dacia Duster proves you don’t have to spend a lot of money on a 4x4, as even the most expensive model comes in at under £20,000. It’s pretty capable off-road, even though it doesn’t come with all the trickery you’ll find on a Land Rover.

Ideally, we’d like four-wheel drive to be offered on all trim levels, however, choosing it for the Comfort model isn’t too costly, especially on a PCP finance deal. The Comfort trim level includes more equipment than you might expect, with sat nav, a reversing camera, a leather steering wheel and smartphone mirroring.

The original Mercedes G-Class was primarily designed as a military vehicle but became much more fashionable towards the end of its 37-year lifespan.

Released in 2018, the new model still has the off-road ability that forged the reputation of the last one, even on massive gleaming alloy wheels. It has three locking differentials, a low-range gearbox for slow but steady off-road progress, and a greater maximum wading depth than the last model. The new one was designed to be much more spacious than its predecessor, and it’s upmarket enough to rival the Range Rover and Bentley Bentayga.

The Ford Ranger is our favourite pickup truck, and the Raptor version is a toughened version built with the ability to cross rugged terrain at speed. It gets oversized off-road tyres, rally-spec suspension, flared wheel arches and a whopping Ford grille on the nose, which all add up to it being one of the most imposing vehicles on the road.

It’s essentially an off-road toy that can also be used on the road, as it has a much lower payload than the standard Ranger and therefore businesses can’t claim the VAT back. Its relatively high price will mean it’s a niche proposition, too, and it probably holds more appeal in countries such as the US and Australia where there’s more of the terrain for which it was built.

The Jeep Renegade may be a small SUV to rival the Nissan Juke and Mazda CX-3, but it comes with a trick up its sleeve: range-topping models have four-wheel drive, so even Jeep’s most metropolitan model lives up to the Jeep image.

The Renegade Trailhawk has a low-range gearbox so you can doggedly crawl across terrain you might struggle to walk over. The entry-level model was recently discontinued, so now all Renegades are well-equipped, and the four-wheel-drive versions are reasonably economical relative to the other cars on this list.