It's not just builders and trades people who love pickups these days; these rugged and desirable machines are becoming a popular choice with those who want a utilitarian alternative to an SUV. The Ford Ranger is no exception, with a model line-up that includes everything from hose down workhorse versions through to the performance tweaked Raptor.

Regardless of model, the Ford Ranger will suit those with an active lifestyle – it shows its four-wheel-drive muscle when you ask it to cross tricky terrain, haul a heavy trailer or cope in rough weather. However, with pickups more popular than ever, the Ranger faces tough competition from the Mitsubishi L200, Mercedes X-Class, Volkswagen Amarok, Nissan Navara, Fiat Fullback and Toyota Hilux, as well the aggressively priced SsangYong Musso.

The Ranger is ruggedly styled to reflect its rough-and-tumble abilities. Its large bumpers, big wheelarches and high suspension might be a bit aggressive for some tastes, but that’s to be expected in this class - most pickups look similarly chunky. Buyers with ultimate practicality in mind can choose the entry-level XL trim, complete with steel wheels and relatively basic equipment, while those looking for imposing off-road styling will love the Wildtrak. At the top of the range is the even more imposing Ranger Raptor model, which has been developed by the same Ford Performance department that gave us the Focus RS and Fiesta ST. It’s no faster in a straight line than the standard car, but aggressive looks and heavily modified suspension make it a surprising hit for keen drivers. 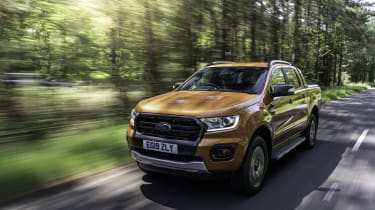 As you’d expect, the Ford Ranger is perfectly suited for carrying heavy loads - this is where it excels. The Double Cab version in XL trim has a 1.5-metre long load bed and can handle a 1,217kg maximum gross payload, while the four-wheel-drive Regular Cab in XL trim – with its 2.3-metre long bay – has the highest maximum of all, with a gross figure of 1,307kg - although the downside is that this is a strict two-seater. As is often the case with pickups of this type, the further you deviate from basic, commercial-orientated models, the lower the maximum payload. That said, all Ranger models, with the possible exception of the Raptor, remain practical choices in this regard.

Generally, Ford Ranger running costs are reasonable. The 168bhp 2.0-litre diesel engine returns an average of 34mpg in the Double Cab, with a 0-62mph time of 11.3 seconds with the six-speed manual. The ten-speed automatic is a little slower with a 11.4 second 0-62mph sprint time. You'll also need to bear in mind that the official fuel economy figures may be lower as a result of the WLTP regulations. All models have four-wheel drive as standard and, apart from the Raptor, can tow a 3,500kg braked trailer.

The Ranger is satisfying to drive in a weighty, substantial way – it’s responsive and grippy in corners but should never be expected to have sports-car reflexes, such is its imposing size and weight. It can’t muster the ride quality you expect of a conventional SUV, either, although it is notably smoother than the Mitsubishi L200. Even when fitted with the 210bhp 2.0-litre engine, it’s not as fast as the L200, nor can it quite keep pace with an equivalent Volkswagen Amarok. It’s not quite as sharp to drive as the Volkswagen, either – not that outright performance and thrills are high on most pickup drivers’ priority lists. The Ford isn't as comfortable on the motorway as these rivals, either, but it’s quieter than the VW at speed. 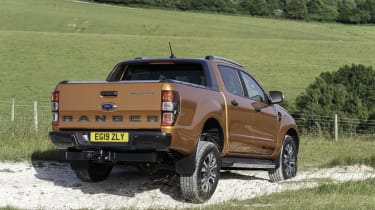 Best of the bunch to drive is the Raptor, which has been treated to extensive suspension modifications to make it faster and sharper to drive, both on road and off. It’s not cheap, but it’s great fun. It also rides far better, thanks to more sophisticated coil springs and expensive dampers. This model looks the part too, with its unique grille treatment, even higher ride height and distinctive black-finished alloy wheels.

The Ford Ranger was awarded an impressive five-star score in independent Euro NCAP crash testing – some rivals, including the Navara, could only manage four. Despite this, safety equipment falls short of SUV rivals – you won’t find autonomous emergency braking unless you add a driver assistance pack, which is an option on only the range-topping Limited and Wildtrak models.

Those two models have plenty of visual appeal, too; the latter is particularly attention-grabbing with its bold colours, unique wheels and graphics and plush, well equipped interior. If you’re looking for something a little more suited to the rough-and-tumble of an active life than the average SUV, a pickup like the Ford Ranger is worth investigating. 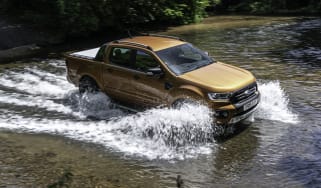 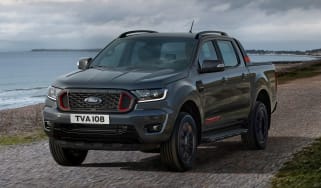 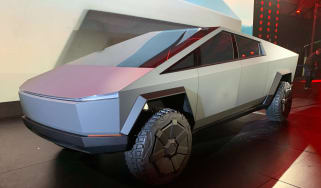 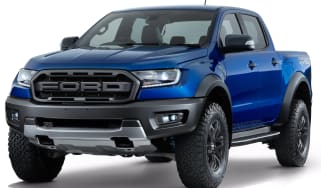 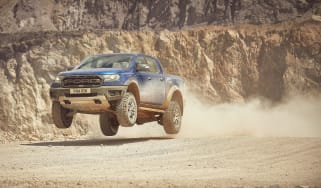 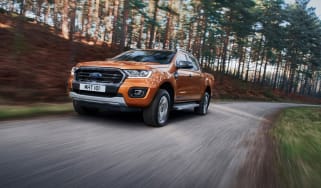 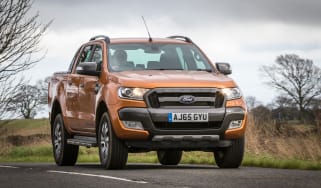 The Ford Ranger Wildtrak certainly stands out from a crowd, but is it worth £34,000?
Double-cab pickup tax benefits explained 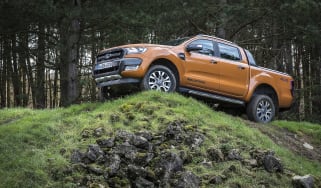 For some motorists, a pickup can make a cost-effective alternative to an SUV
Nissan Navara N-Guard special edition announced 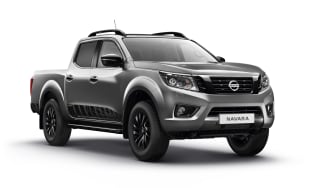 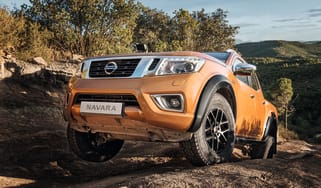 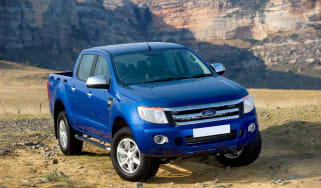 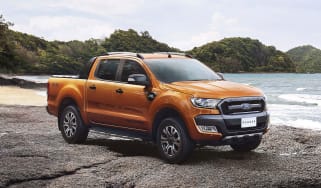 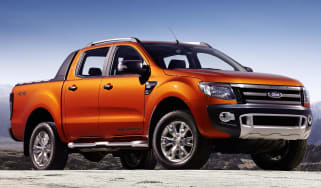 Few commercial vehicles can touch the Ford Ranger Wildtrak when it comes to all-round desirability. If you can stretch to the extra cost, and fancy a …
Ford Ranger 4X4 pick-up truck (2006-2011)
Ford Ranger pickup

"The Tonka-toy looks are backed up by genuine off-road, mud-plugging ability"
Skip to ContentSkip to Footer