Even a modest budget gives you a huge variety of cars to consider. Here are the best used cars for £3,000 or less

There are hundreds of thousands of used cars for sale in the UK, with plenty available for any budget, size and economy concerns. A £3,000 budget is enough to avoid the cheapest cars on the market, many of which obviously have their best days behind them. Cars for around £3,000 should last for a while yet, although for peace of mind it’s always worth setting aside some cash for the occasional maintenance bill if you can afford to.

Cars lose a lot of their value in the first few years on the road via depreciation, so a budget of £3k is often enough to buy a car that’s around 10 years old - or slightly older if you’d like something prestigious. We’ve selected a variety of cars and all the entries on this list are available with five-figure mileages and plenty of life left in them. For this budget, you’ll find anything from cheap runarounds like the Fiat 500 and SEAT Mii to quirky offerings like the Audi A2 and spacious family cars like the Ford Mondeo or Mazda5. 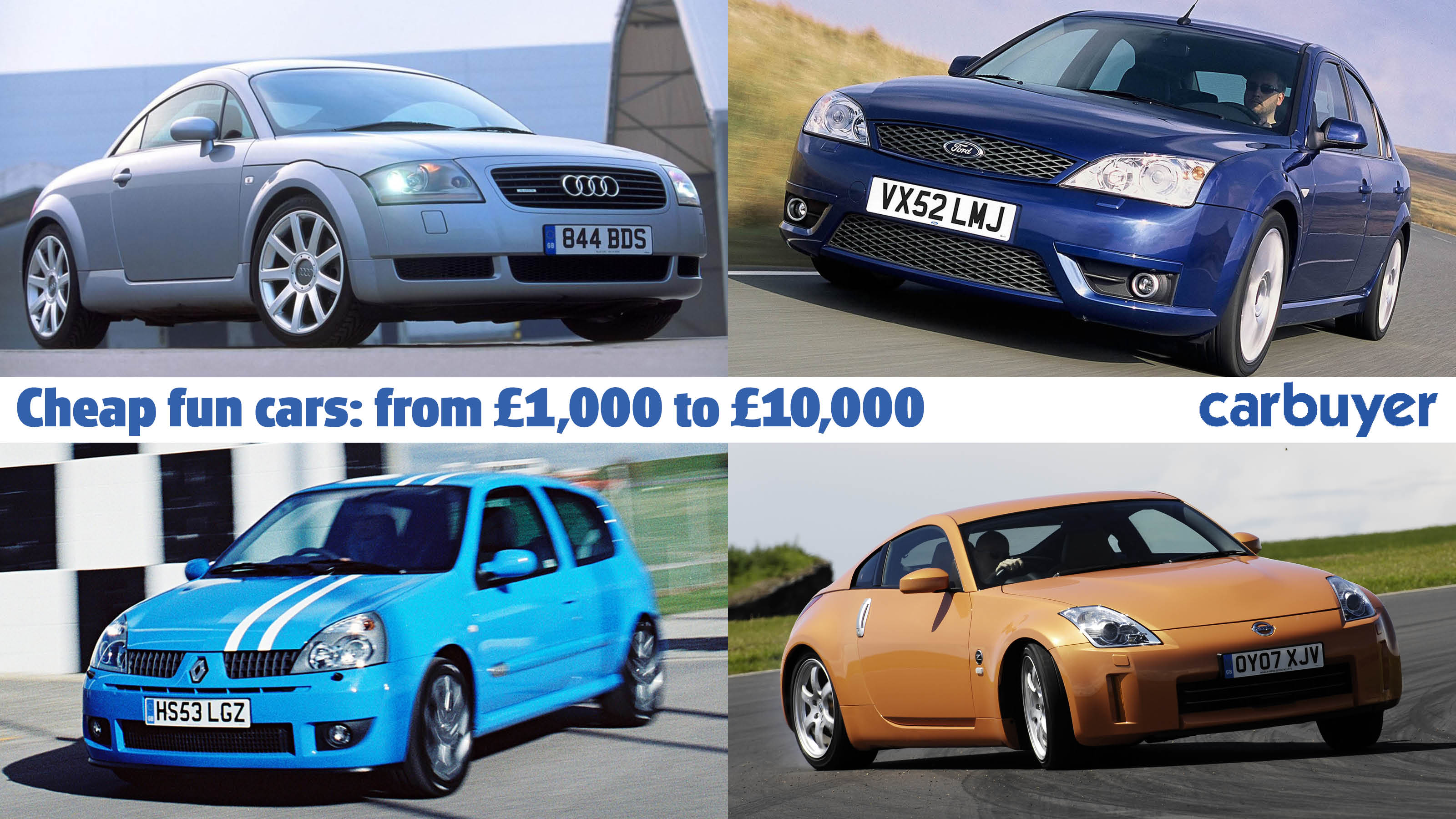 Not that mileage should be your only consideration. For cars in this price range, a decent service history is arguably more important, while condition (inside, outside and underneath) and the availability of paperwork is pertinent too. Most well-maintained cars will carry on long after 100,000 miles, so high mileage doesn’t necessarily mean a car should be dismissed out of hand.

While you’ll clearly miss out on the very latest infotainment technology, most £3,000 cars feature many modern essentials, including remote central locking, air conditioning, Bluetooth and electric windows. Some will even feature sat nav, cruise control and heated seats, while you’ll be able to find some cars with ISOFIX child-seat mounting points.

Britain’s best-selling car has been on sale for over 40 years, so there are plenty available second-hand. You can get a low-mileage example of the squarer Mk5 Fiesta for £3,000 but we’d choose a newer Mk6 Fiesta, as it’s better to drive, more stylish and more generously equipped. There’s a surprising amount of space in the cabin and boot, so four adults can sit inside without feeling cramped. You should have no problems with a used Ford Fiesta either, as these have a good reliability record and parts aren’t expensive.

Titanium models come with alloy wheels, auto headlights, cruise control and keyless entry, which is a similar spec to a brand-new Fiesta Titanium. Zetec models will prove plenty for many buyers, while sporty Zetec S models are also quite easy to find. Look for the lower-powered models for cheap insurance.

There’s a choice of petrol or diesel, manual or auto, and three- or five-door, plus smart and distinctive paint colours. With so many on sale, finding one with full service history and a normal number of previous owners won’t be difficult. If the example you’re looking at has an engine with a timing belt, check when it was last replaced.

BMW reinvented the classic MINI at the turn of the century, and the result was a bigger car but one that retained its retro styling and fun driving experience. It’s arguably one of the most entertaining cars you can find for a £3,000 budget and its popularity means there are plenty to choose from, like the Fiesta. It’s only a three-door and the boot is small but if these aren’t issues the MINI is a good little car for the money.

Our pick would be a petrol MINI Cooper with a manual gearbox, as it’s nippy yet economical. Faster Cooper S hot hatches are around but at this budget they’re often older and with slightly higher mileages. If you’re looking at a pre-2006 Cooper S with around 100,000 miles or more, make sure the expensive ‘Supercharger service’ is already out of the way.

The BMW 3 Series has always been a fun-to-drive and spacious executive saloon, and even one for under £3,000 should still offer plenty of miles and smiles. You might get more equipment in a similarly priced Ford Mondeo or Mazda6, but the BMW badge is a big draw on its own. There’s a choice of coupe, convertible, saloon or estate, and several generations of models, and you can avoid high-mileage examples.

Most ones with five-figure mileages are 318i petrols with around 75,000 miles, so you might need to find a cherished example with slightly more miles if you want a different powerplant. Make sure you’re happy with the ride comfort if it’s on run-flat tyres and check the alloys for hairline cracks.

We know the Honda Jazz is far from the most exciting car on this list but it should be pretty bulletproof in terms of reliability. And when you’re buying a used car, especially for a relatively small amount of money, reliability is probably one of the most important qualities, as you won’t want the car to be constantly in and out of the garage.

Another facet of the Jazz is its practicality; it’s officially a supermini like the Toyota Yaris but offers far more space than any of its rivals. This budget allows you to get a first-generation car with around 35,000 miles, or early second-generation models with a higher number on the clock.

The first Audi TT is becoming a classic and prices won’t stay as low as they are now forever. Its eye-catching styling hides the fact that it was launched over 20 years ago, and it’ll provide all-year-round thrills. The cabin is minimalist but, like the exterior, it still looks good and has aged well. You can choose from a roadster or a hardtop coupe.

This is a car where the maintenance records are more important than the mileage because low-mileage cars tend to have bodywork scuffs or a high number of owners. Most cars around this price point are roadsters and if you’re looking at one of these, make sure the soft top has been looked after and doesn’t leak.

The Mk2 Ford Focus is ten-a-penny but that means you can pick them up really cheap. We found facelift petrol-engined models with under 80,000 miles for well within budget, with full service history, a year’s MOT and no obvious dings. The Focus is a spacious family hatchback and you won’t find a rival that’s more entertaining to drive.

These models have a reasonable level of equipment, including air conditioning, Bluetooth and the handy heated front windscreen, although you’ll have to look at cars like the Hyundai i30 if you require ISOFIX points.

While smaller budgets tend to keep larger cars out-of-reach, steady depreciation has meant gems like the first-generation Nissan X-Trail can squeeze in at just under the £3,000 price limit. While this will only allow for cars that are very close to that 100,000 mile limit, this shouldn’t be an issue; the X-Trail was a ‘rough and tough’ SUV that was built to last.

Most cars in budget are equipped with a 2.2-litre diesel engine that produces 136bhp and all X-Trails of this era come as standard with four-wheel drive; perfect for if you often find yourself down muddy country lanes. Look for high-specced DVE models, which benefit from leather upholstery, climate control and even a sunroof to make that large interior feel even airier.

Read our used car buying checklist and see what to look for when buying a used car.