The new BMW iX3 sits alongside petrol, diesel and hybrid versions of the BMW X3. But should you choose the electric version?

The BMW X3 is one of the brand’s most important and popular models, which explains the wide choice of engines and options available. It’s a family-size SUV that rivals the Audi Q5, Mercedes GLC and Volvo XC60, and is a premium alternative to cars such as the Ford Kuga and Kia Sportage.

Whatever your preferred fuel and engine choice, the X3 has a suitable option. There are two regular petrol and three diesel options, plus M40d, M40i and X3 M Competition performance models. With X3s appealing to company-car drivers as much as private buyers, you can also choose a tax-busting plug-in hybrid and, now, a fully electric BMW iX3.

The iX3 is an electric car for people who don’t want to stand out. Besides a blank grille, blue trim and aerodynamic alloy wheels, it looks identical to a petrol or diesel X3, and your dealer can supply standard number plates if you don’t want the green flashes that signify its electric powertrain.

With so many different engine choices, your X3 can be relatively quick, quick or downright rapid. Even the 187bhp diesel dispatches 0-62mph in less than eight seconds. Upgrade to the 282bhp xDrive30d or the 335bhp M40d and that figure reduces to 5.7 and 4.9 seconds respectively. Petrol buyers can either choose the 181bhp 20i, with a similar acceleration time to the entry-level diesel, or the 355bhp M40i and its sub-five-second sprint. The X3 M is faster still, but rather more expensive, while even the plug-in hybrid can get up to speed in just six seconds when both power sources are working together.

The iX3 exactly matches the power output of the xDrive30d, but its heavier weight and lack of four-wheel drive means it takes a little longer to get from 0-62mph. It needs 6.8 seconds, which isn’t as good as its rivals but still feels quick off the line. The torque of the electric motor is available instantly, unlike in a petrol or diesel engine, which enables the feeling of quick acceleration.

Even with the extra weight, the iX3 feels sporty and agile. Unfortunately, that comes at a cost, because the ride is very firm for a family SUV. The iX3 may not feature BMW’s xDrive all-wheel-drive system, but we never found it to be short of grip. It’s very close to the Jaguar I-Pace, which was our favourite EV to drive until the launch of the BMW i4.

Perhaps that’s no surprise. We know that BMW developed the X3 using the Jaguar F-Pace as a benchmark, and the X3 may well be the best-driving SUV of its size. It’s clearly based on the excellent BMW 3 Series, with the added benefit of a higher driving position. Sweeping country roads are no problem in the X3, and xDrive models even give a fair amount of off-road prowess. Unlike the iX3, its sportiness doesn’t come at the expense of comfort.

Every petrol and diesel BMW X3 now features mild-hybrid technology to reduce fuel consumption and emissions, but an X3 still isn’t a car that you buy for its low running costs and service bills. Its fuel efficiency is broadly on a par with rivals; the xDrive20i petrol returns up to 36.7mpg, while the xDrive20d and 30d diesels manage up to 47.9mpg and 44.8mpg respectively.

The BMW X3 xDrive30e plug-in hybrid has the potential to be the most efficient model. If you mainly use battery power to complete your journeys, you could see up to 134.5mpg. A full charge offers up to 30 miles of electric range, and its sub-50g/km CO2 emissions mean that company-car drivers will pay less than half the Benefit-in-Kind tax of petrol and diesel versions. 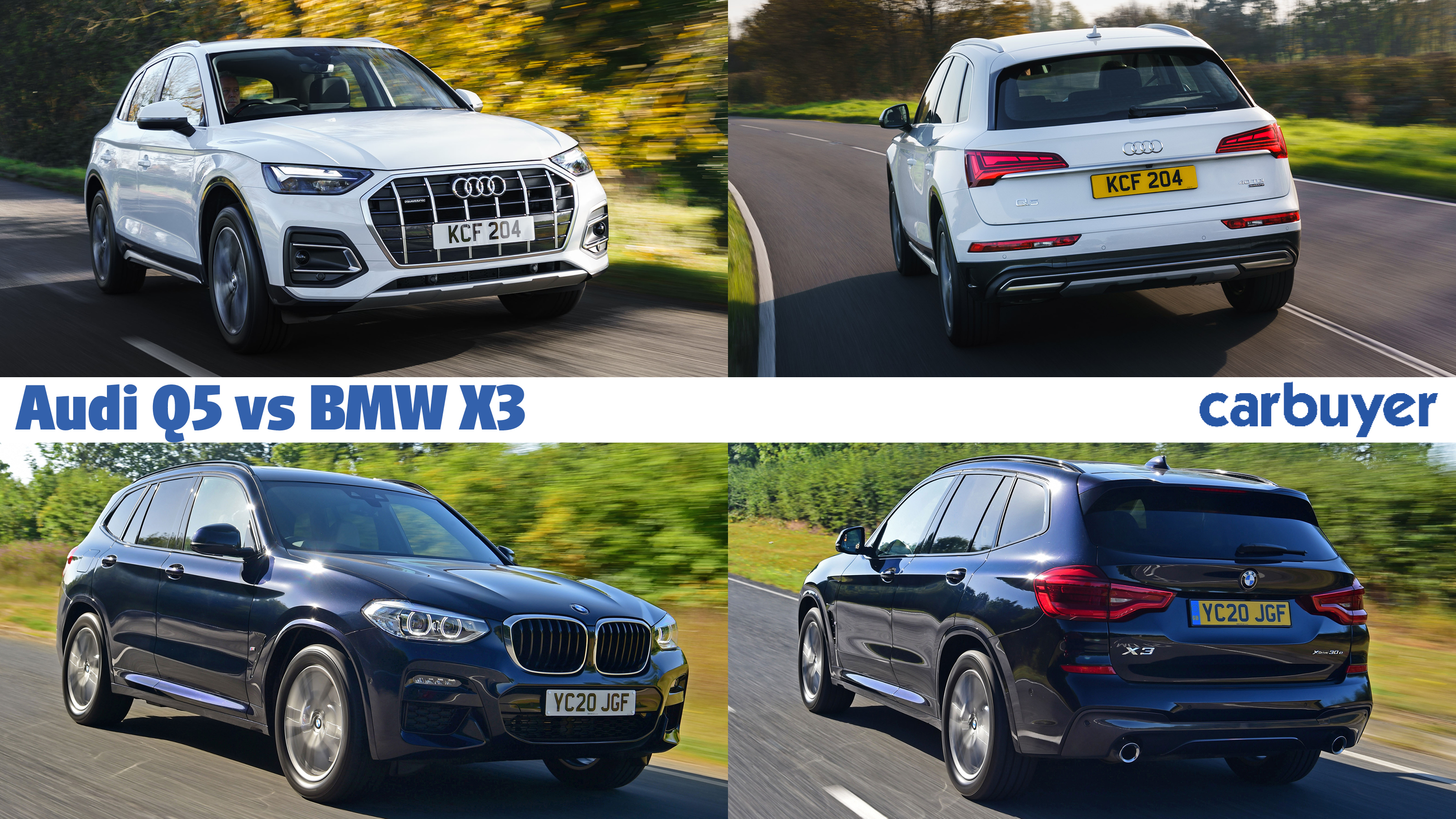 With a much bigger 80kWh battery, the all-electric iX3 can travel up to 285 miles on a full charge. Like the fossil-fuelled X3, the iX3’s range is pretty close to what you can expect from rivals; the Mercedes EQC offers up to 274 miles. The iX3 can accept 150kW charging, which is more powerful than some rivals, so a top-up to 80% takes less than half an hour if you find a powerful enough charger.

If you can regularly charge at home and have a competitive energy tariff, the iX3 will cost considerably less to run than a petrol or diesel equivalent. You can also expect cheaper servicing costs and there’s no VED to pay; business users will also appreciate the minuscule BiK bill.

The caveat is that the BMW iX3 costs far more than the X3 in the first place. At the time of writing, the iX3 starts at £61,000, which is £15,000 more than the least expensive BMW X3 M Sport. It’s even around £8,000 more than the plug-in hybrid, which could offer similarly low running costs if you rarely use the engine. An iX3 also costs more than the M40i and M40d versions of the X3, and costs very nearly as much as an entry-level BMW X5.

Electric cars based on existing petrol or diesel cars often suffer when it comes to practicality, but the iX3 is pretty good. The only telltale sign is the central tunnel robbing space from the middle-seat passenger; cars such as the Kia EV6 and Volkswagen ID.4 have a flat floor in the rear. However, if we didn’t tell you that the iX3 offers a 510-litre boot and a petrol X3 offers 550 litres, you probably wouldn’t have noticed the difference. 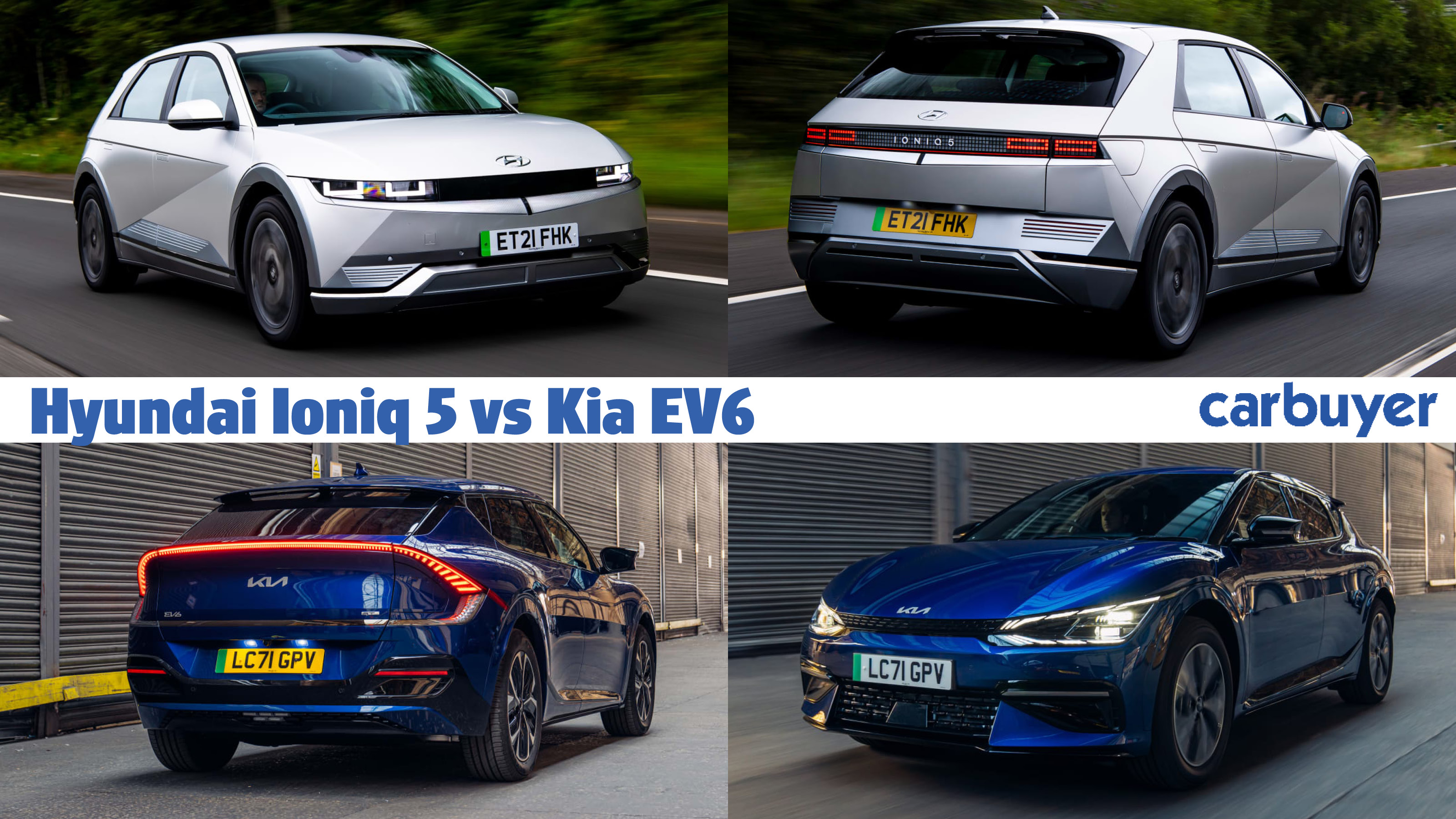 What may be surprising is that the fully electric iX3 has a larger boot than the plug-in hybrid X3, and the iX3 also has a little cubby under the boot floor where you can stash the charging cable. That’ll come in handy until you have a boot full of stuff on top of the storage compartment.

If the BMW iX3 was a bespoke electric model and not based on existing architecture, we might be able to look past the high price. As it is, we can’t recommend an iX3 if you’re looking to save money in the short term, while its overly firm ride is off-putting as well. The X3 wins this comparison but, if you can stomach the price of the iX3, then you’re unlikely to be disappointed. It has a great interior and lots of space, it’s good to drive and offers a really usable electric range.

Read about the BMW iX3’s rivals in our comparison of the Volkswagen ID.4 and Ford Mustang Mach-E.