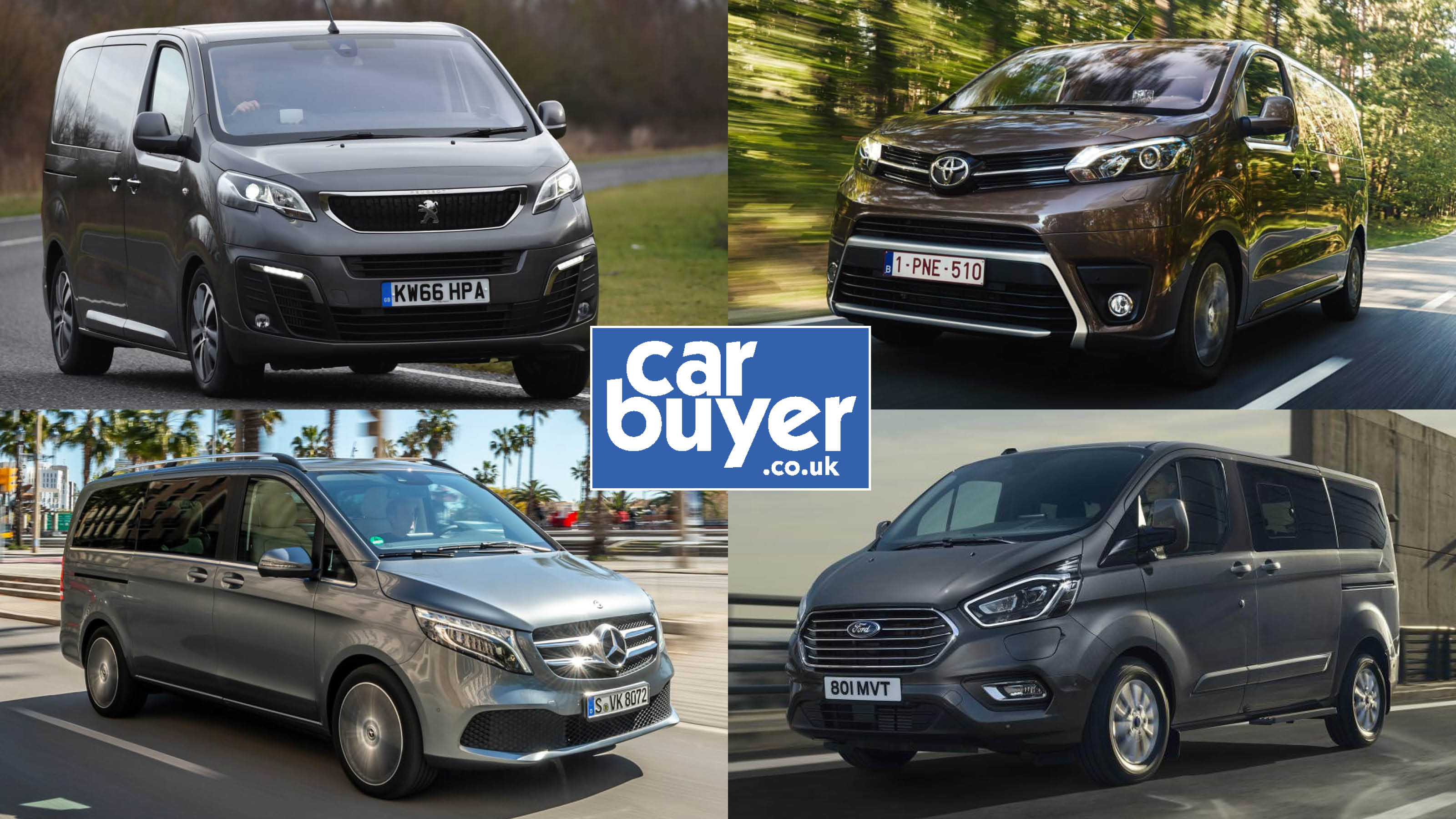 Even if you’re not a car enthusiast, you’ll most likely be familiar with the classic Volkswagen camper van. It’s an icon of surf culture, sun-drenched beaches, crashing waves and the Beach Boys soundtrack – all symbols of California, hence the current model’s name. Despite this, the Volkswagen California hasn’t actually been sold in the US for decades - although its been a staple of the brand’s price lists over here ever since.

While its name might be a deliberate attempt to cash in on the nostalgia associated with Volkswagen’s camper van, the California is anything but a cynical marketing exercise. The Transporter on which it’s based is very impressive in its own right, and every aspect of the California has been well considered in its transformation from commercial van to weekend camper. That includes a folding rear bench that provides sleeping space for two, and front seats that can rotate to create a lounge area.

The facelifted model, known as the T6.1, received a raft of changes and improvements in early 2020. These included new LED headlights and rear lights, alloy wheels and a slimmer grille which worked to refresh its looks. Interior technology was also updated and a newer seven-speed automatic transmission was made standard. Volkswagen also introduced a new digital ‘inclinometer’ display which tells the driver if the California is parked on level ground before you set up camp.

California specification varies dramatically between the entry-level Beach Camper to the range-topping California Ocean, and neither should be confused with a full-on motorhome; there's no running water or washing facilities, for example. Volkswagen's use of the phrase 'home from home' in its brochure isn't meant to be literal, and the California is meant more for overnight trips than extended habitation.

The range-topping Ocean model has a sink, electrically pumped fresh water and a waste water compartment, but you'll need to use the two-burner gas stove if you want your water hot. There are 230V sockets supplied from the California's 12V circuit via an inverter, meaning you can do normal household tasks such as boiling a kettle using the van’s inbuilt battery system for short periods of time. It’s best to use this system by plugging in the van’s external power supply.

All versions have a pop-up roof which increases headroom and provides a high-mounted bunk bed, with the one in the Ocean operated electrically.

The California isn’t cheap regardless of spec; prices start at around £60,050 and the long list of optional extras quickly force that figure upwards. Despite the price, Volkswagen's overnighter still has the market pretty much sewn up. There are rivals based on the Ford Transit, Renault Trafic, Peugeot Boxer and other medium vans but none that you can buy 'off-the-shelf" from your local dealer.

For campervan buyers wanting more space, VW also offers the larger Grand California camper, which starts at over £80,000 and includes an onboard toilet and shower room, as well as a separate living space. There is also a smaller entry-level Volkswagen Caddy California camper too, offering enough space for two, an optional mini kitchen and detachable tent extension.

Volkswagen claims that the 148bhp diesel California can achieve up to 35.2mpg and emissions of up to 211g/km. Go for the 201bhp version with front-wheel drive and it’ll return around 34.7mpg and emissions of 213g/km of CO2, while opting for the 4MOTION four-wheel drive version of this engine drops that figure to 32.9mpg with emissions rising to 225g/km.

Fuel costs aside, the California ought to be relatively inexpensive to run. It's based on a commercial vehicle and vans need to turn their employers a profit, so running costs can't be too high. However, while routine servicing costs are similar between van and camper, the California's larger tyres will be more expensive to replace when worn.

When it comes to insurance, we suggest obtaining a quote before deciding to buy a California. The Association of British Insurers (ABI) places the 148bhp diesel Ocean in insurance group 29, but costs are likely to vary considerably between buyers.

For a car with beds for four and an optional kitchen, the California drives very well indeed

If you allow for the fact that the California is based on a commercial van, this camper gives a reasonable account of itself on a twisty road. The steering may feel rather vague and imprecise compared to that of a family car, but you quickly get used to the VW's extra bulk and won't find it intimidating to drive. It's been tweaked slightly for the 6.1 version but feels very similar on the move, and the fear of upsetting the plates and pots in the cupboards is likely to ensure a more relaxed pace.

UK examples come with a choice of two 2.0-litre diesel engines and a seven-speed DSG dual-clutch automatic gearbox. The Beach Camper and Beach Tour trims are only available with the less powerful 148bhp engine and front-wheel drive, taking 14.3 seconds from 0-62mph.

Pick the plusher California Ocean model, and you get a choice of both the 148bhp entry-level engine and a 201bhp version that can be specced with Volkswagen’s 4MOTION four-wheel drive.

The 201bhp engine uses twin turbochargers, which endow it with an impressive turn of speed. A time of 11.3 seconds to get from 0-62mph for the four-wheel drive California doesn't look particularly impressive on paper but it makes the car very easy to drive on motorways. If you opt for the front-wheel drive version, 0-62mph takes 11.9 seconds.

It's quiet too, with more noise from the wind as it passes over its bulky body than from the engine itself. We found the automatic transmission in the updated California felt slightly smoother than before too, adding to its refinement.

Van drivers are expected to spend several hours behind the wheel every day, and the VW Transporter – the basis of the California – was designed with that in mind. The dashboard is actually very car-like in terms of layout, and its commercial vehicle nature is only given away by the steep angle of the steering wheel. You'll even find Volkswagen's sophisticated Active Information dashboard digital display in the Ocean trim.

While the Beach Camper, Beach Tour and Ocean models all have the expected family car must-have features, such as alloy wheels, air conditioning, central locking and DAB radio, it's the camping equipment that really defines what the California is all about. And it's easy to see where the extra cost of Volkswagen’s camper goes compared to the Transporter van.

The range starts with the California Beach Camper, which gets a loft bed for two, a manually operated pop-up canvas roof and a three-seat bench in the rear that folds down into a two-person bed. It also gets a useful camping table and two folding chairs that are stored in the doors when not in use, swivelling front seats, and a stowable fold-out mini kitchen with a single gas hob.

The California Coast model is no longer available, so now the California Ocean is the only fully fledged camper option in the range, with a full kitchen including a gas hob, cool/warm box and gas bottle storage - the latter feeding a two-burner stove so you can make a cup of tea using fresh water stored in the onboard tank. There's also an exterior mains power hook-up, two additional batteries for interior lighting and entertainment and blackout blinds for all the windows. There's a waste-water tank but no dedicated washing or toilet facilities, so you'll want to stay where amenities are close by.

It also gets a pop-up roof that is electric rather than manually operated, and you also get a sophisticated monitoring system to keep an eye on battery and water levels, as well as three-zone climate control. Ocean models also have an auxiliary heating system to warm your camper up while you're away. It really does offer a lavish overnight sleeping solution, but seasoned campers used to roughing it under canvas will wonder if all these extra touches are really worthwhile.

Plenty of space for four adults, though upper bed is a little tight on width

Combine the steeply angled steering wheel with a high-set driver's seat that feels more like an armchair, and the California is very comfortable. The view forwards and sideways is extremely good, but you'll need to get used to having barely any view backwards or over your shoulder. Fortunately, the mirrors are big and do a good job of eliminating blind spots.

Passengers will have barely any reason to complain. The passenger bench is mounted towards the back of the cabin, and can slide fore and aft along floor-mounted rails. Legroom is seemingly limitless no matter where the bench is positioned, but the traditional boot area will vary in size accordingly. Fortunately, there's masses of storage space distributed throughout, from the pair of big glove boxes, huge door bins and bottle compartments, to the drawers under the rear bench.

In camping mode, you'll find the 'downstairs' bed can be converted from the rear bench to be more generous in width than the one you can assemble beneath the pop-up roof – both are two metres long but the lower bed is 1,140mm compared to 1,200 for the upper one. The Beach Tour is the exception, with a 1,500mm wide lower bed thanks to the removal of the mini kitchen. The roof is fairly easy to raise on both models but the Ocean's electric operation takes all the effort out of it. Folding the lower bed is a little counterintuitive at first but becomes much easier with practice.

The California comes with a three year/100,000-mile warranty. It covers everything that comes as part of the California package, but camping-specific features are bound to be the subject of reasonable wear and tear expectations. Neither the California or the Caravelle were featured in our 2021 Driver Power owner satisfaction survey but Volkswagen finished in 17th place out of 29 brands, with 15.27% of owners reporting a fault in the first year of ownership.

The Caravelle attracted a four-star rating after independent Euro NCAP crash testing, and the California ought to protect its front seat occupants in a similar way, with six airbags offering extra reassurance. However, the addition of camping equipment and other extras make it hard to predict how those travelling in the back will fare in a crash.

Additionally, the California gets an array of safety technology as standard including traffic sign recognition and crosswind assist, with the latter capable of automatically applying the brakes during strong winds.

Also featured is rear parking assist, which monitors for nearby cars when reversing. Front assist and automatic city braking are also fitted along with adaptive cruise control.